Established in 1975, OTRAG was the world’s first private space enterprise 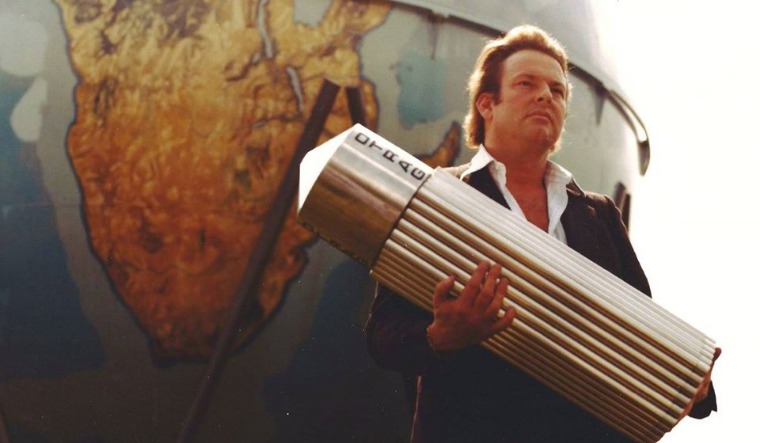 Lutz Kayser | Via Facebook handle of Fly Rocket Fly, a documentary on OTRAG

Few people would know that there was a time when the Central African country, known by the acronym DRC (Democratic Republic of Congo), was a testing and launching site for rockets meant to carry satellites into space.

The 1960s saw fierce competition between the US and the Soviet Union for a race into space and for landing a man on the moon. While this race was going on, there was a man in Germany, who was fuelled by the idea of being able to launch satellites at low costs and for whoever wanted to put a satellite into orbit. Lutz Tilo Kayser, who grew up playing with discarded debris from explosives of the Second World War, was thus both a visionary as well as a space mercenary of sorts. Kayser, along with a handful of German scientists, established in 1975 the first private space enterprise in the world. This was known by the name of OTRAG (Orbital Transport und Raketen Aktiengesellschaft) and was based in Stuttgart. “Not hi-tech but low cost” was the guiding theme of this company.

OTRAG, the brainchild of Kayser, was essentially set up following the decision of the German government (which had recently joined the European Space Agency) to stop financing their projects as it was seen to be in competition with the European Space Agency’s programme. The OTRAG team was adventurously innovative. They even used a Volkswagen windscreen wiper motor to control the injection of fuel into the rocket engines. The company managed to attract several European investors and the stage was set for a rocket test launch. However, what the company wanted was a site where they could test launch rockets that could carry satellites into space. A chance meeting with a German businessman involved in organising the famous ‘rumble in the jungle’ boxing match of 1974 between Mohammad Ali and George Foreman in Kinshasa in Zaire (present DRC) set the ball rolling. The businessman suggested that Zaire could be an ideal site for the team’s testing and launching facilities.

Zaire’s dictator, Mobutu Sese Seko, was a huge fan of German technology. He saw immense opportunities in Zaire functioning as a springboard for rockets, which could land satellites into space. The prestige attached to being the first African country to have a rocket launched from its territory was an added and undeniable attraction. Besides, he felt, he could with this facility, be able to gain an upper hand vis a vis his inimical neighbours. Mobutu was not going to miss this opportunity, which had come knocking on his door. A contract was signed in December 1975 between the government of Zaire and OTRAG for unlimited use of 100,000 square kilometres of land in the present Katanga Province, which lies between Angola and Zambia. The contract was non-terminable till 2025.

Mobutu wanted the first satellite, unsurprisingly enough, to be an observation satellite, which could help him monitor movements on Zaire’s borders with Angola. A plateau on the land above the river Luvua was identified as the testing site. The team set to work preparing the place located in dense jungles. A civil engineering firm was commissioned to clear and level the land to allow for setting up the launch infrastructure, a runway, residential tents for the team and a dining area among other things. OTRAG even bought a couple of aircraft from the British Royal Air Force and founded an airline of their own, which operated under a Congolese flag. The team good humoredly named the tents in which they worked and lived as the Bavarian Embassy. They even managed to build a village in the vast area allotted to them. After a year-and-half of working on the rocket, they were ready on May 17, 1977, for their first rocket test launch. The launchpad was set up like a scaffolding using local wood. The launch of the 6-metre rocket over the skies of Zaire went like a dream. The launch could not have been more successful.

However, things started going wrong for OTRAG soon thereafter. The world started taking note of OTRAG’s space exploits. Both the US and the Soviet Union were concerned that OTRAG could start making rockets and launch satellites, which could threaten their own commercial interests as satellite-launching nations. They also started viewing OTRAG as a fast-emerging military threat in space, although there was never any concrete evidence of OTRAG being involved in anything of the sort. OTRAG was viewed as working for the North Atlantic Treaty Organisation (NATO) and there were even accusations that Germany, which was forbidden by the Brussels Treaty of 1954 to undertake any form of militarisation, was doing just that in the cover of OTRAG from the jungles of Zaire. It did not matter that OTRAG was an independent private body distinct and separate from the German State.

There were reports of the Soviets having positioned two spy satellites to monitor the activities of OTRAG. The French, who were the primary contributors to the Arianespace programme, were also concerned about the growing capabilities of OTRAG. Reports started appearing, with some of them even hinting that Germany was engaged in building a bomb to be carried and launched by cruise missiles from the Zaire facility. All this added to the tension across the borders of Zaire too. Angola was allied to the Soviet Union and OTRAG’s activities in Zaire caused a stir in that country.

OTRAG, however, continued with its work. Yet another rocket was successfully launched in May 1978. However, the third launch in June 1978 in the presence of Mobutu was a failure as the rocket nosedived soon after it was launched. This gave a further handle to the Americans, the Soviets and the French to work on Mobutu who was already under criticism for allowing the OTRAG to carry out its activities in Zaire. Mobutu told Kayser and his team that they could stay in his country but without any further rocket launches. A few months thereafter, some of the German scientists of OTRAG met with a boat accident in the Luvua river and died. This was the final nail in the coffin of OTRAG’s presence in Zaire. Kayser and his team wound up soon thereafter and left Zaire in April 1979, thus bringing the curtains down on a strange and most unlikely collaboration between a group of passionate German rocket scientists who might have been small on scale but big on self-belief, and an ambitious dictator, both of whom fell prey to the suspicions, doubts and perceptions of the Soviets, the French and the Americans.

Thus ended the tireless and improvised efforts of a group of dedicated and diligent scientists who wanted to reach for the stars by charting out an independent course. Perhaps they were ahead of their times and paid the price for being so. The world will never know what kind of satellites and for whom, Kayser’s low-cost rockets would have ended up firing into space, from the bushes of Zaire, in the heart of Africa.

The author is former ambassador to DRC (formerly Zaire)