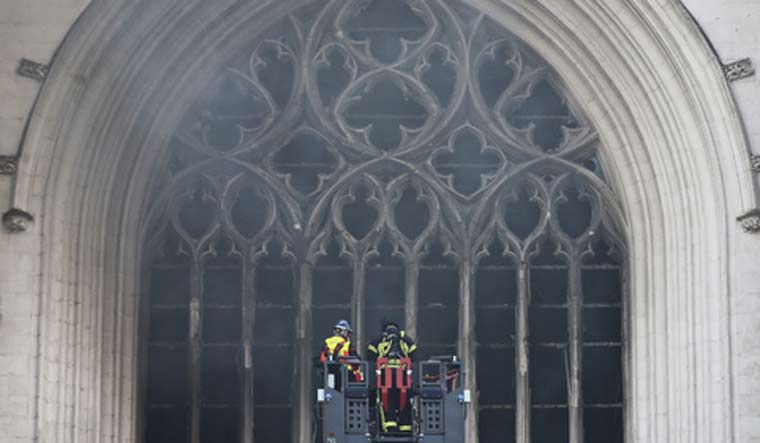 A fifteenth-century church in Nantes, France caught on fire on Saturday morning. The cause is being investigated and police believe that that arson could be behind the fire at the Saint-Pierre-et-Saint-Paul cathedral.

Three fires were started on the site, which destroyed the stained glass windows and the grand organ. The roof of the cathedral, however, remained untouched.

“The damage is concentrated on the organ, which appears to be completely destroyed. The platform it is situated on is very unstable and risks collapsing,” fire chief Laurent Ferlay was quoted as saying in a BBC report.

The fire began in the early morning, with massive flames visible from outside the building.

Prosecutor Pierre Sennes reportedly said a fire expert was travelling to Nantes to help the police investigate the fire. “When we arrive at a place where a fire has taken place when you see three separate fire outbreaks, it's a question of common sense, you open an investigation,” he was quoted as saying.

The cathedral was previously damaged by Allied bombing in 1944, during World War II, and then in 1972, its roof was largely destroyed in a fire, which took nearly 15 years to repair.