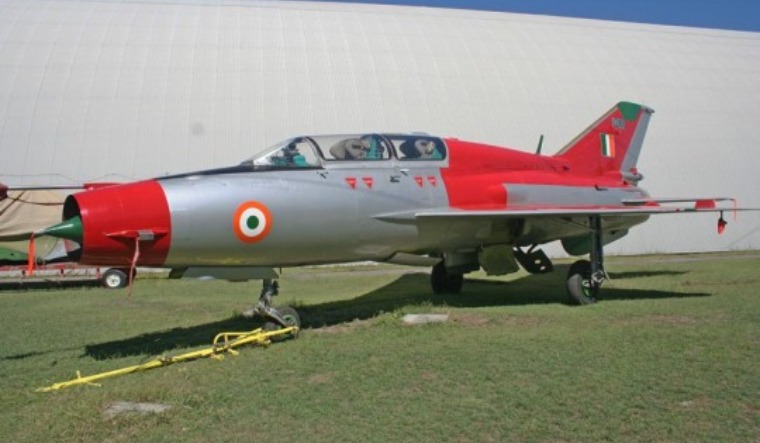 The dogfight over Kashmir reignited interest in the MiG-21 worldwide. The MiG-21 was flown by the Soviet Union for the first time in 1955. More than 10,000 MiG-21 jets have been built, making it the most widely manufactured supersonic fighter to date.

Now, a popular aviation museum in New South Wales, Australia, is planning to put a MiG-21 on display, along with a French-designed aircraft that was considered its rival in the Cold War era. The Historical Aircraft Restoration Society (HARS) Aviation Museum is about 90km from Sydney. HARS has announced it would be displaying a MiG-21 alongside a French-designed Mirage-III fighter, which was retired from the Royal Australian Air Force. The MiG-21 and Mirage-III would be on display from Friday to Sunday.

The USP of the MiG-21 is its ‘Indian look’! The MiG-21 is being painted in a paint scheme once used by the Indian Air Force. However, the aircraft itself is apparently not from India. According to Australian aviation blogs, the two-seat MiG-21 had served in the Polish Air Force, before being purchased by an Australian entrepreneur in 1992. The aircraft was built in erstwhile Czechoslovakia and was delivered to Poland in 1973.

In Australia, it was painted with the bright-red ‘Red Scorchers’ paint scheme used by a MiG-21 display unit of the Indian Air Force. In the mid-1990s, the MiG-21 performed at air-shows in Australia, but stopped flying after a series of accidents. This included serious damage to its canopy during a flight in 1995. It was on display at the Fighter World Aviation Museum in New South Wales.

The Fighter World Aviation Museum donated the MiG-21 to HARS, shipping the aircraft in March. At the time, Bob De La Hunty, president of HARS, told Illawarra Mercury, a local newspaper, that the MiG-21 would attract Indians settled in Australia. "We're lucky to have a lot of residents in Australia who have migrated from India. In the school holidays a lot of them come visit us ... we thought it was very fitting to leave it in that colour scheme so they could see what the Indian Air Force had acquired from the Soviet Bloc - and still flies that type of aircraft. It's a pretty sleek looking piece of kit," De La Hunty told Illawarra Mercury.

The Mirage-III, which flew for the first time a year after the MiG-21, saw far fewer sales than the Soviet jet. However, it was considered a formidable rival, capable of carrying four tonnes of fuel and weapons, nearly twice the amount the MiG-21 could. The Israeli Air Force used the Mirage-III to devastating effect in the 1967 and 1973 wars, shooting down numerous MiG-21 fighters of the Egyptian and Syrian air forces. Interestingly, one country that purchased retired Mirage-III jets from Australia is Pakistan, which continues to use the French aircraft!