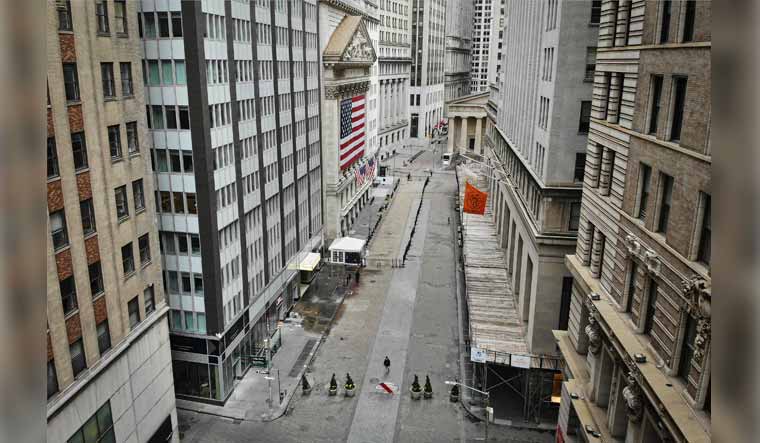 That the COVID-19 pandemic would trigger a recession in the United States and across the world was long seen as an inevitability, given the disastrous effect the virus has had on global trade, domestic consumption, unemployment and everyday economic activity.

Now, the National Bureau of Economic Research—a private non-profit research firm that traditionally declares the start and end of a recession—has come out with an official verdict: The United States entered into a recession in February.

“The committee has determined that a peak in monthly economic activity occurred in the U.S. economy in February 2020. The peak marks the end of the expansion that began in June 2009 and the beginning of a recession. The expansion lasted 128 months, the longest in the history of U.S. business cycles dating back to 1854," the Business Cycle Dating Committee of the NBER said in a statement.

While a recession is normally defined as two consecutive quarters of a decline in GDP, the NBER definition considers other factors.

“First, we do not identify economic activity solely with real GDP and real GDI, but use employment and a range of other indicators as well. Second, we place considerable emphasis on the monthly business cycle chronology, which requires consideration of monthly indicators. Third, we consider the depth of the decline in economic activity,” the NBER say on their website.

In April, the US unemployment rate peaked at 14.7 per cent, wiping out all the jobs that had been created since the 2008 recession. In May, the US Federal Reserve chairman warned that the economy could contract by 20-30 per cent this quarter alone.

In their report dated June 8, the Business Cycle Dating Committee says, “...in deciding whether to identify a recession, the committee weighs the depth of the contraction, its duration, and whether economic activity declined broadly across the economy (the diffusion of the downturn). The committee recognizes that the pandemic and the public health response have resulted in a downturn with different characteristics and dynamics than prior recessions. Nonetheless, it concluded that the unprecedented magnitude of the decline in employment and production, and its broad reach across the entire economy, warrants the designation of this episode as a recession, even if it turns out to be briefer than earlier contractions.”

The announcement comes just days after US President Donald Trump hailed as miraculous a 2.5 million increase in the number of jobs in the economy in May, coming after weeks of record unemployment figures.

The World Bank on Monday warned of more bad news to come, warning that the global economy is expected to shrink by 5.2 per cent this year—the deepest one in advanced economies since World War II.