Why African Americans are being disproportionately affected by coronavirus 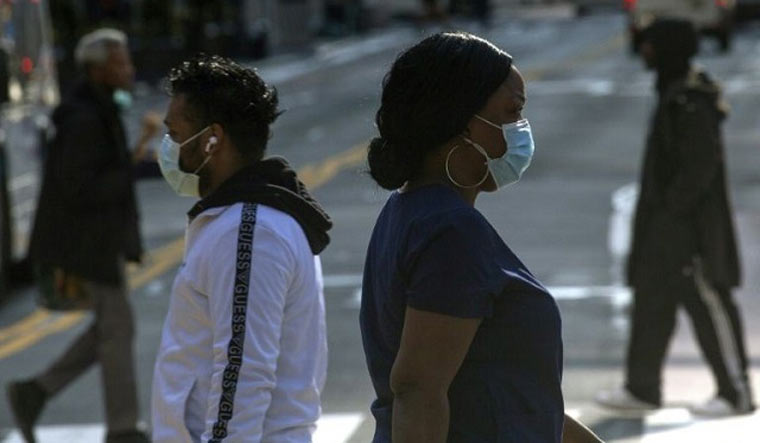 The COVID-19 crisis in the US has shown a new side to racial issues in American society. As per a New York Times report, black communities across the country have been hit disproportionately hard by COVID-19.

Evident inconsistency in racial-infection rates is showing in states like Michigan, North Virginia, Illinois, North and South Carolina, Connecticut and Las Vegas. As per figures from censusscope.org, these states do have a sizeable African-American population, but, do not feature on top of the list.

According to statistics by the Health Department of Lousiana State, African-Americans make up to one-third of the population, but 70 per cent of deaths in the state.

Similarly, in Illinois, 43 per cent of COVID-19 deaths are African-American, so are 28 per cent who tested positive for the disease. The socio-economic factor might be a big contributing factor when it comes to a high number of African-American fatalities due to COVID-19.

The community disproportionately holding jobs that cannot be done from home could also be another major factor. As per numbers by Bureau of Labour Studies published in a 2017-18 report, only 19.7 per cent African-Americans were in jobs that allowed them to work from home, one of the protocols to be followed, as per healthcare workers to prevent the spread of disease.

CNN in a report quoted Surgeon General Dr Jerome Adams as saying, “While everyone is susceptible to COVID-19, black Americans are at higher risk.”

In Chicago, 72 per cent of COVID-19-related deaths have been among blacks; they make up30 per cent of the city’s population. Chicago Mayor Lori Lightfoot said, “This new data offers a deeply concerning glimpse into the spread of COVID-19 and is a stark reminder of the deep-seated issues which have long created disparate health impacts in communities across Chicago.”

The alarming trend was also acknowledged by President Trump at a news conference on Tuesday. He said, “We are actively engaging on the problem of increased impacts—this is a real problem and it’s showing up very strongly in our data—on the African-American community. And we are doing everything in our power to address the challenge. It’s a tremendous challenge. It’s terrible.”

A report by the site Modern Healthcare, physicians, it seems, are less likely to refer African-Americans for testing when they show with signs of infection.

Also, since numerous African-American families in the US do not have the right access to medical care. According to a Minority Health Access report released in March this year by Rubix Life Sciences, from among the minority community in America, which included the Native-American, African American, Caucasian and Hispanic Americans, 31 per cent African Americans who showed symptoms of COVID-19 were either unassessed or no provider bill was generated—meaning they did not possess proper medical insurance. The results were from a study that involved with 67,610 individuals from states with a large number of African-Americans like Massachusetts, Connecticut, New York, New Jersey, Maryland, Virginia and Florida.

The widespread shutdown of non-essential businesses has hurt black and Hispanic workers at a higher rate.

According to William Rodgers, chief economist at the Heldrich Centre for Workforce Development at Rutgers University, estimated that the true rate of unemployment for the African-American community is likely 20.7% per cent.

Yet another factor that makes African-Americans more susceptible to the African American community is that they experience high levels of stress-mediated wear and tear known as “weathering,” a professor of public health at the University of Michigan was quoted as saying by the New York Times. These include stressors like exposure to toxins, lack of sleep and racial discrimination—this, according to the professor can accelerate ageing and in turn deteriorate a person’s health.