"I'm not afraid of dying. Why should I be afraid of you, Communist Party?" 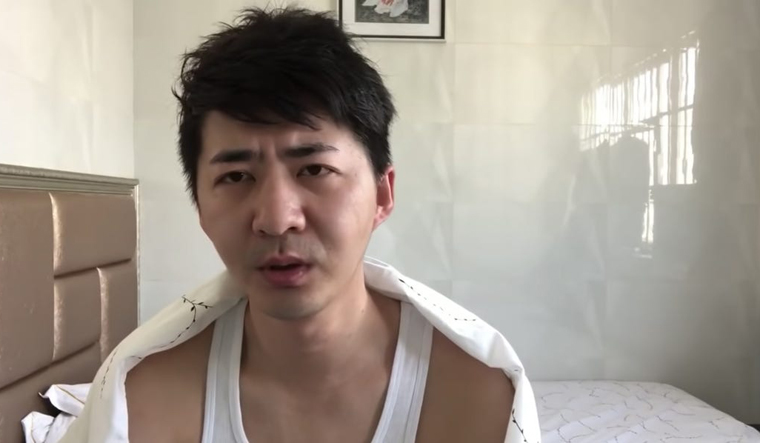 At the time when Wuhan, the epicentre of the coronavirus outbreak in China, was put under lockdown, Chen Qiushi became one of the most visible faces on the internet; as a lawyer-turned-citizen journalist, he reported from the frontlines, displaying purported images of casualties, administrative laxity and lack of quarantine facilities. In his Twitter posts and broadcasts, he was critical of the Chinese government, calling the response to the epidemic as poorly managed.  “It’s easy to put 1000 beds in the stadium, but how do 1000 people eat together? How to bathe, how to go to the toilet?” one Twitter post read, as translated by New York Daily News. THE WEEK cannot vouch for the authenticity of his reports.

The Chinese social media—which includes WeChat and Weibo—are strictly policed by the administration, and access to other outlets like Twitter and Facebook are blocked by the Great Firewall. However, many use VPNs to bypass the same. Chen had come into the limelight after covering the Hong Kong protests.

Now, Chen has been reported missing. On Friday, one of Chen's friends posted a video with a message from Chen's mother who claimed her son had disappeared. "I'm here to beg everyone online, especially friends in Wuhan to help find Qiushi, find out what's going on with him," she said, quoted CNN.

In an interview to Quartz, Chen had summarised the situation in Wuhan as severe. "They do not have enough testing kits, beds, and doctors are extremely overwhelmed. Workers and their leaders at the construction sites for the new hospitals are exhausted too." But, he added, the prices of food items were remaining stable.

In an emotional video recorded from a room on January 30, he said, CNN reported: "I'm scared, I have the virus in front of me and behind me China's law enforcement. But, I will keep my spirits up, as long as I'm alive and in this city I will continue my reports. I'm not afraid of dying. Why should I be afraid of you, Communist Party?"

His disappearance comes a few days after news reports of the passing of Li Wenliang, one of the eight whistle-blowers who warned other medics of the coronavirus outbreak but were reprimanded by the police. He was the first to report about the virus way back in December last year when it first emerged in Wuhan, the provincial capital of China's central Hubei province. He dropped a bombshell in his medical school alumni group on the popular Chinese messaging app WeChat that seven patients from a local seafood market had been diagnosed with a SARS-like illness and quarantined in his hospital.

Li explained that, according to a test he had seen, the illness was a coronavirus—a large family of viruses that includes severe acute respiratory syndrome (SARS) which led to 800 death in China and the world in 2003. Li told his friends to warn their loved ones privately. But within hours screenshots of his messages had gone viral—without his name being blurred. Soon after he posted the message, Li was accused of rumour-mongering by the Wuhan police.