EXCLUSIVE: ISIS has lost state, but is regaining strength with sleeper cells

ISIS is regaining strength in Iraq and Syria with guerrilla attacks 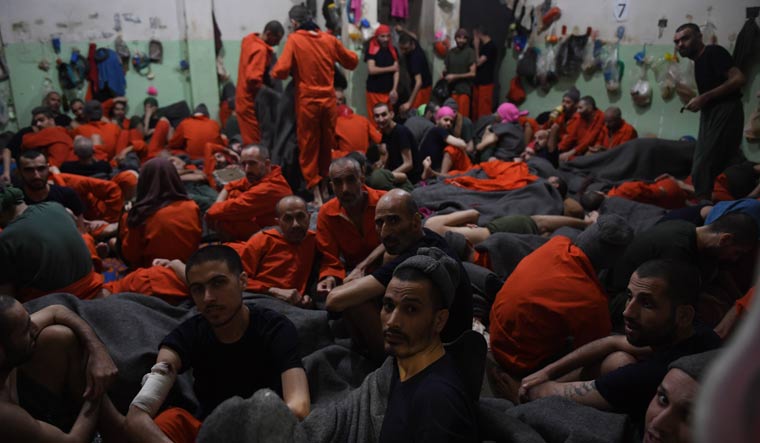 (For more stories on the continuing fight against ISIS in Syria, buy the latest issue of THE WEEK, dated January 19, 2020)

On October 26 last year, the world’s most wanted man, Abu Bakr Al Baghdadi, blew himself up. The leader of ISIS may be dead, but the ISIS crisis is still not over.

Just three days after the death of Baghdadi, the Islamic State announced its new leader, Abu Ibrahim al-Hashemi al-Qurashi. Like his predecessor Baghdadi, Hashemi too assumed the title of the caliph, or the successor to prophet Mohammed, who would act as the legitimate leader of all the Muslims in the world.

Yes, the death of Baghdadi is not enough to diminish the threat of ISIS. The Islamic State is ripe for a comeback. ISIS is likely to remain more like a decentralised organisation in the countries of the Middle East, Africa, South Asia and East Asia. The Sunni-majority areas of Syria and Iraq are still home to thousands of fighters and sleeper cells of ISIS. In the wake of the Turkish attacks in northeast Syria in November-December 2019, it became clear that ISIS got revitalised.

In the chaos that was created by the Turkish invasion in northeast Syria and after a famous phone call by US President Donald Trump, ISIS sleeper cells have emerged in several regions of northeast Syria and Iraq. According to data available from sources in Rojava, the sleeper cell attacks have risen by 63 per cent. There were 83 documented attacks in November 2019, compared with 51 in September. As much as 85 per cent of these attacks were claimed by ISIS.

The support base for the ISIS still remains intact in certain regions of northeast Syria, like Deir-Ez-Zor. At least 58 per cent of the November attacks occurred in the Deir-Ez-Zor region, claiming more than 20 lives. The regions of Hasakah and Hol are also prone to attacks. In November, there were 21 attacks and 15 deaths in the cities of Qamishli, Hasakah and Hol, pointing to the existence of ISIS and the resurgence of the terror group.

“In the wake of the Turkish attacks, it’s become clear that ISIS feels revitalised in the chaos the invasion has created. On the other hand, despite the continuation of joint SDF and coalition raids, they have not maintained their previous consistency. Much of the progress made in the months following the territorial defeat of ISIS in Baghouz has been reversed, with the numbers of attacks having dramatically risen in the nearly two months since Turkey invaded north and east Syria,” explains researcher Robin Fleming of Rojava Information Centre. Rojava Information Center (RIC) is an independent, volunteer-staffed organisation based in northeast Syria.

“We have also seen ISIS target vulnerable groups and community leaders, with the assassinations of Armenian Christian priests Hanna Ibrahim and his father, Ibrahim Hanna Bido, being the foremost examples of this. Meanwhile, circumstantial evidence suggests Turkish-backed sleeper cells are growing increasingly active in the border regions,”added Robin Fleming.

ISIS still has a support base in Iraq and Turkey and also it is the wealthiest terror group in the world. The Islamic State in 2015 generated its revenue from oil and gas, which totalled $500 million and otherwise through internal taxation earned $360 million. By looting the bank vaults in Iraq in 2015, ISIS gained around $500 million, which is still parked in several parts of the world, thus allowing its economic survival. With its expenses going down from what it spent on healthcare and governance till mid-2019, the rebirth of the Islamic State is not very far.