These are Iran’s proxies in the Middle East 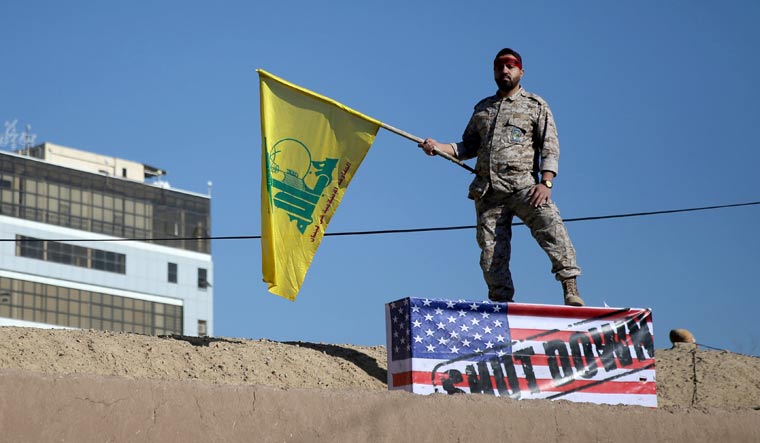 An Iranian guard holds a Hezbollah flag during a funeral procession and burial for Iranian Major-General Qassem Soleimani, head of the elite Quds Force, who was killed in an air strike at Baghdad airport, at his hometown in Kerman, Iran January 7, 2020 | Reuters

The assassination of Iranian military general Qassem Soleimani has cast a cloud of tension over US-Iran relations. While outright war seems off the table, as expressed by US President Donald Trump when he said that the US was ready to embrace peace, Iran maintains considerable influence in the Middle East through proxy groups that present it with a formidable range of options for escalation.

Iran’s military divisions, the Islamic Revolutionary Guards Corps and its external arm, the Quds Force, have created, funded and supported militia groups in countries across the Middle East, in an evident bid to gain military and political clout over the region. Soleimani, as commander of the Quds Force, was in direct contact with these militant groups; managing their affairs especially during phases of heightened conflict in the region.

With the Hezbollah in Lebanon, Hamas in Gaza, the PMF in Iraq, and other small Shiite militias in other Middle Eastern countries, Iran has well-established bases of support in multiple regions, in its subversive conflict against the US. Here is some background on the proxies Iran uses in the the Middle Ease. 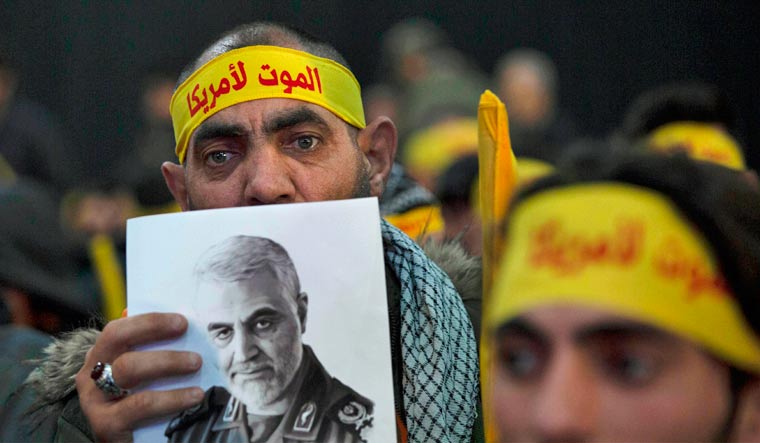 A supporter of Hezbollah leader Sayyed Hassan Nasrallah holds a portrait of slain Iranian Revolutionary Guard Gen. Qassem Soleimani before a televised speech by Nasrallah in a southern suburb of Beirut, Lebanon | AP

Hezbollah has grown to become Iran’s most powerful proxy in the Middle East. Soleimani’s first course of action after his ordination as commander was to strengthen Iran’s bonhomie with the Lebanese militant group. He did this by supporting their resistance to the Israeli occupation of south Lebanon. Iran’s and Hezbollah’s military campaign involved guerilla warfare, ambushes, suicide bombings and the like, and managed to drive the Israeli forces away from its objective, in a major victory for the alliance. Many analysts have noted the links between Hezbollah and Iran, as well as the role of the Quds Force in carrying out their operations against Israel. Another notable example is its role in the Syrian civil war in 2011. In an emotional response to Soleimani’s death, Hezbollah leader Hassan Nasrallah had called for a harsher retaliation to America’s act. 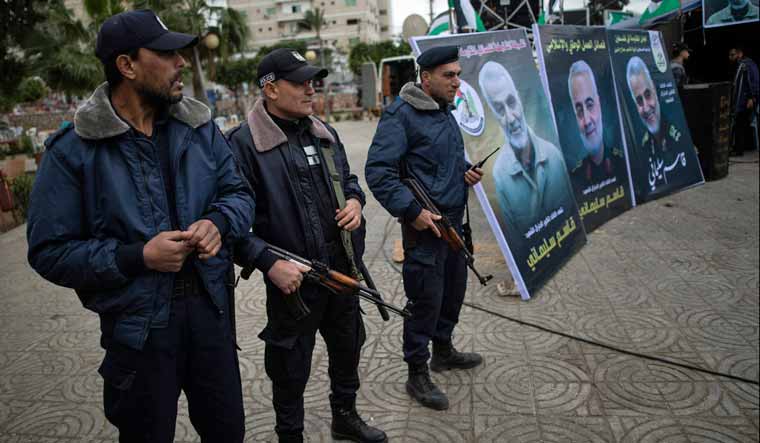 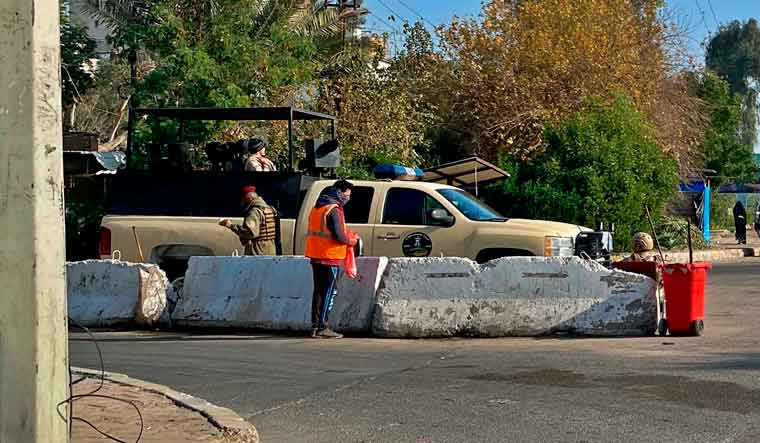 Iran’s interests in Iraq are supported by the Popular Mobilization Forces (PMF), an umbrella organization of Shiite militant groups, who had united under the label in 2014 to fight the rise of ISIS in Iraq. The number of fighters in the combined militia round up to 122,000 fighters, according to Iraqi sources. The PMF includes militant organisations such as the Badr Organisation, Kataib Hezbollah (whose leader Abu Mehdi al-Muhandis was also killed in the airstrike that killed Soleimani), and Asaib Ahl al-Haq. Groups like Kataib Hezbollah and Asaib Ahl al-Haq have often carried out attacks against US interests in Iraq, clearly with Iranian backing.

The Houthi rebels in Yemen 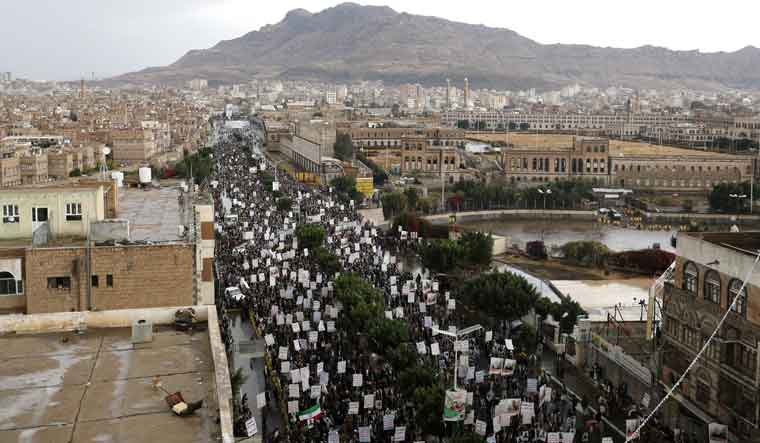 In Yemen, Houthis were at the forefront in battling to overthrow Abd-Rabbu Mansour Hadi and his government. Despite Saudi Arabia’s aggressive retaliation, the Houthis still maintain control of strategic parts of Yemen. Iran has clearly backed Houthi forces in this rebellion, in a bid to not just extend support to the Shiite militia but also to challenge Saudi clout in the region.

Opposition and rebel forces in Syria 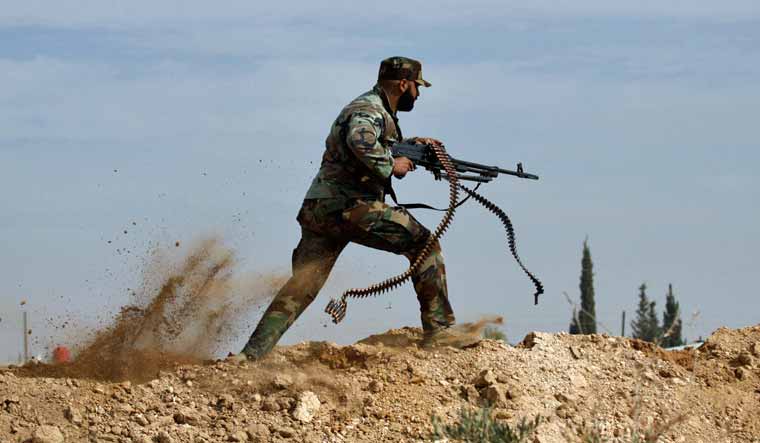 In this Nov. 22, 2013 file photo, a Shiite fighter clashes with members of the Sunni-dominated Free Syrian Army rebels in the town of Hatita, Syria, outside the capital Damascus | AP

Bashad al-Assad’s regime banked on its Russian and Iranian allies too stave off the formidable opposition and rebel forces. In the process, Iran funded and supported small Shiite militant groups to support the Assad regime, including the Imam al-Baqir Brigade, which operates in central and eastern Syria; Liwa Abu Fadl al-Abbas, which operates in Damascus; and the Syrian Hezbollah, primarily made up of Shi'ite Syrians active in northwestern Syria, including Aleppo and Idlib.

Iran had also been crucial in recruiting Afghan refugees and Shiite Pakistanis to fight the war, under the name of the Fatemiyoun Brigade and Zeinabiyoun Brigade respectively.

With its efforts to support the causes of its militant allies, Iran has been able to gain significant mileage in its expansionist plans in the Middle East. Soleimani’s death also jolted these groups into action, with many already pledging their alliance to their patron.