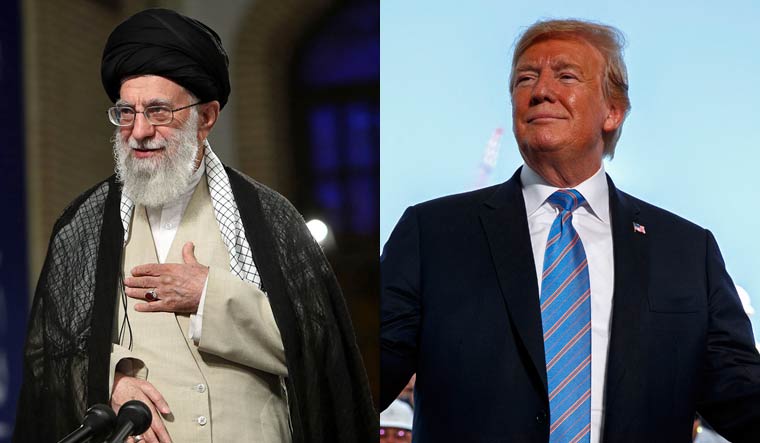 The spectacular drone attack on January 3rd at the Baghdad airport that killed Qasem Soleimani, commander of Iran’s Quds Force, was widely termed as being ‘disproportionate’ for the mere fact that Soleimani was a senior government official who did not deserve a dastardly targeted killing that is usually reserved for global terror kingpins.

Besides the fact that Soleimani had spearheaded the campaign against the Islamic State (IS) in the Persian frontlines, the urgency and choice of targeting shown by the Americans for a Iranian military leader, in sharp contrast to the long rope being stretched out to Kim Jong-Un, was reason enough for world leaders, including leading American voices, to describe the Trump administration’s action as unwarranted and disproportionate with the ongoing strategic conditioning in West Asia.

The element of ‘proportionality’ has, interestingly, persisted as an overtone in the obstreperous exchange of war-cry and pledges of vengeance promised by the Iranian leadership. With revenge showering in the form of a barrage of short-range Iranian missiles fired in the early hours of January 8 at an American military base in Iraq, the execution of the act of vengeance and its eventual outcome has raised eyebrows on whether a deal has been worked out to seek a swift de-escalation to pull back the region from a looming risk of an all-out conflict.

The first indication of back-room manoeuvring came when the Iranian Foreign Ministry was reported to have spurned an American gesture conveyed through the Swiss mission in Tehran ‘advising’ the Iranians to pursue on a ‘proportionate’ response. While Iranian officials described the message as ‘foolish’, it was puzzling what the Americans could have envisaged as a ‘proportionate’ retaliation, assuming this suggestion was indeed given, and whether they were ready to incur some acceptable costs, including deaths of its citizens or troops or an equivalent damage to its vital interests in the region.

That Tehran’s claim came soon after Trump’s bluster (subsequently reversed) of destroying a hundred Iranian cultural sites in the event of an overwhelming Iranian retaliation was signal enough diplomatic channels being initiated for damage-control, and the evident trepidation in Washington of an impending end-game in the region.

It was equally amusing that the Iranian Supreme Leader, Ayatollah Khamenei, also reportedly sought a ‘proportionate response’ to Soleimani’s killing during a rare appearance at the Iranian National Security Council. By seeking to personally shape the ‘framework for retaliation’, Khamenei too seemed to have been favouring a suitable response, which even if military in nature, would not lead to things spiralling out of control and precluding options for de-escalation. Though it is imminent that the Islamic Republic may seek a prolonged campaign against American operations and influence in the region, particularly through its militia and political proxies, the Iranian leadership seemed conscious of its grave limitations inconclusively fighting a full-fledged war with the Americans without incurring huge economic and political costs, including a potential fall of the Islamic regime, a la Saddam Hussein’s fate.

When read together, the reported outcome – of no American casualties – despite over a dozen missiles being supposedly fired at a populated American military base invariably indicates the possibility of a back-room deal, with Tehran effectively utilizing a ‘retaliation window’ provided by the Americans. Such a possibility should not be ruled out if Washington’s claims of zero casualties can be deemed to be true and accepted at face value.

Further, Trump’s calm demeanour during his press conference late Wednesday and remark that Iran “appears to be standing down, which is a good thing for all parties concerned,” is sufficient signal that a swift de-escalation was being sought by all parties concerned. That reports suggested the Iraqi leadership having been engaged by Tehran before the missile strike is also evidence enough to suggest the services of the ‘host’ nation was amply employed to ‘facilitate’ the strike and its aftermath.

Assuming these assumptions of a back-room deal to be true, the world can heave a sigh of relief with the potential of military hostilities seemingly mitigated, even if temporarily, unless of course the Iranian leadership is prodded to plunge into a fresh round of blood-baying. Even if such a slide does not happen, it is clear that the days of American influence in the region are destined for a challenge and imminent decline.

A. Vinod Kumar is an Associate fellow for IDSA (Institute for Defence Studies and Analysis)