India to stay out of RCEP in its present form 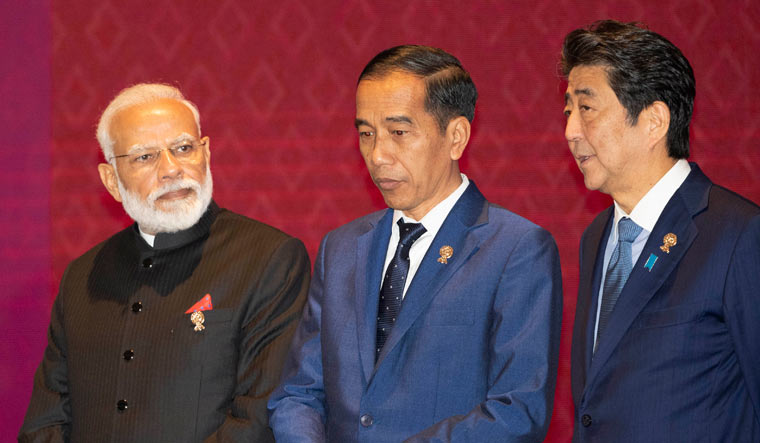 On Monday, 15 countries concluded their seven-year negotiations over the Regional Comprehensive Economic Partnership, which would become the largest free-trade area in the world if ratified.

India, however, chose to stay out of the regional grouping for now, with Prime Minister Narendra Modi saying that the present form of the RCEP agreement does not fully reflect the basic spirit or the agreed guiding principles of the RCEP.

According to the official statement by ASEAN, India has “significant outstanding issues which remain unsolved" with India's final decision to depend on "satisfactory resolution of these issues."

The Ministry of External Affairs said that the decision was taken considering the national interest.

Speaking at the ASEAN summit in Bangkok, Modi said, “Today, when we look around we see during seven years of RCEP negotiations, many things, including the global economic and trade scenarios, have changed. We cannot overlook these changes. The present form of the RCEP Agreement does not fully reflect the basic spirit and the agreed guiding principles of RCEP. It also does not address satisfactorily India's outstanding issues and concerns. In such a situation, it is not possible for India to join the RCEP Agreement.”

Modi added, "When I measure the RCEP Agreement with respect to the interests of all Indians, I do not get a positive answer. Therefore, neither the Talisman of Gandhiji nor my own conscience permit me to join RCEP."

The 'talisman' he was referring to was a popular quote by Mahatma Gandhi, which stated,  "Whenever you are in doubt, or when the self becomes too much with you, apply the following test. Recall the face of the poorest and the weakest man whom you may have seen, and ask yourself, if the step you contemplate is going to be of any use to him."

According to government sources quoted by PTI, India's stand at RCEP is a strong reflection of Prime Minister Narendra Modi's strong leadership and India's rising stature in the world. India's decision will greatly help Indian farmers, MSMEs and dairy sector, they said.

The government sources said that India's stand is a mixture of pragmatism, the urge to safeguard interests of the poor and the effort to give an advantage to India's service sector.

While not shying away from opening up to global competition across sectors, India made a strong case for an outcome which is favourable to all countries and all sectors, they said.

The RCEP comprises 10 ASEAN nations and six of its FTA (free trade agreement) partners—China, India, Japan, South Korea, India, Australia and New Zealand. The RCEP aims to facilitate the creation of the biggest free-trade region in the world as the 16-nation grouping is home to 3.6 billion people, or nearly half the world's population.

On Saturday, the trade ministers from 16 RCEP countries failed to resolve the outstanding issues identified by India, though back-channel talks continued on the sidelines of the ASEAN summit to resolve the sticky issues.

India has been forcefully raising the issue of market access as well as protected lists of goods mainly to shield its domestic market as there have been fears that the country may be flooded with cheap Chinese agricultural and industrial products once it signs the deal.

While Monday saw 15 nations agree to move forward on the RCEP, the final settlement will take place only in 2020, after the next ASEAN summit to be chaired by Vietnam. The Vietnamese envoy to India, Pham Sanh Chau, told WION News that he hoped all 16 countries would reach an agreement on a trade deal.

Australian Prime Minister Scott Morrison said that the door will remain "wide open" for India to join the RCEP, and that the deal would be bigger and better with India in it.

The RCEP negotiations were launched by ASEAN leaders and six other countries during the 21st ASEAN Summit in Phnom Penh in November 2012. The objective of launching RCEP negotiations was to achieve a modern, comprehensive, high-quality, and mutually beneficial economic partnership agreement among the ASEAN member States and its FTA partners.