What is happening with Donald Trump’s impeachment inquiry? 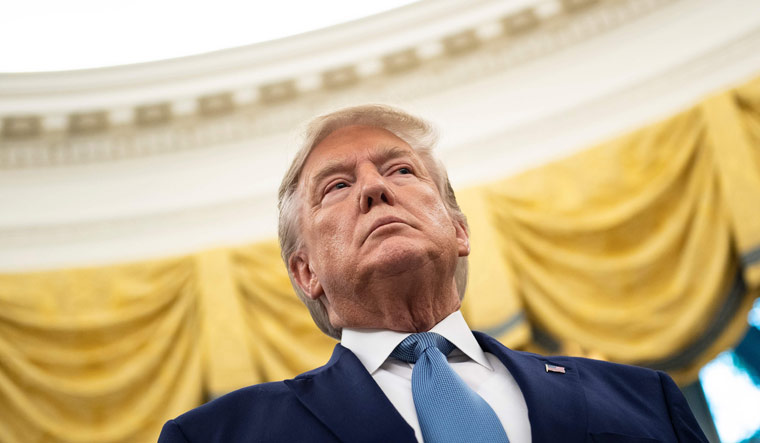 The latest development in the ongoing impeachment inquiry against US President Donald Trump is the White House’s refusal to cooperate with the House Democrat-led Congressional inquiry.

Unprecedented, even for Trump, it is the latest in a string of moves that Democrats hope will add up to a compelling charge of obstruction of justice.

On Wednesday, the White House budget office announced that it wuold not comply with the congressional subpoena for Ukraine-related documents, with Russ Vought, acting head of the Office of Management and Budget, saying “We will not be participating in a sham process designed to re-litigate the last election.”

Terming the probe “constitutionally invalid”, White House Counsel Pat Cipollone had accused Democrats of trying to “overturn the results of the 2016 election and deprive the American people of the President they have freely chosen.” In an eight-page letter, Cippolone said the proceedings so far have violated precedent, denying the president the right to due process and claiming that it lacks “any legitimate constitutional foundation”.

The refusal to cooperate came after the Trump administration, on Tuesday, blocked the US ambassador to the European Union, Gordon Sondland, from testifying before Congress. House Intelligence Chairman Adam Schiff called the move “strong evidence of obstruction”, as House Democrats issued a subpoena to Sondland in response.

While the move led many Democrats to term it obstruction of justice—another grounds for impeachment—the decision by the administration not to cooperate at all adds far more fuel to the fire.

House Speaker Nancy Pelosi issued a statement after Cipollone’s letter came out, calling it “an unlawful attempt to hide the facts of the Trump Administration’s brazen efforts to pressure foreign powers to intervene in the 2020 elections.” She added that, despite the White House’s stonewalling, there was “a growing body of evidence that shows that President Trump abused his office and violated his oath to ‘protect, preserve and defend the Constitution.’”

Pelosi ended her letter with a strong warning, “Mr. President, you are not above the law. You will be held accountable.”

The move comes days after a federal judge in Manhattan ordered Trump to turn over his long-withheld tax returns, rejecting his legal team’s arguments that he was immune from criminal prosecution “repugnant to the nation’s governmental structure and constitutional values”.

The most-common grounds for impeachment of a president are those of “High Crimes and Misdemeanors”. A popular legal argument is that the term high refers to the office, and that the acts in question need not be illegal per se, but could be, according to Professor Laurence Tribe and Joshua Matz quoted in the Harvard Law Review, “intentional, evil deeds” that “drastically subvert the Constitution and involve an unforgivable abuse of the presidency”.

In the case of the impeachment proceedings against US President Andrew Johnson, attorney Benjamin Curtiz—the first Supreme Court judge to resign from his post on a matter of principle—stated that the basis of an impeachment trial had to be on the matter of a crime: Where the House presents evidence of criminal wrongdoing and the Senate decides whether the president is guilty.

In the current political scenario, where the Democrats control the House and the Republicans control the Senate, the ongoing deadlock between the two sides is unlikely to change.