Kate, an amateur photographer is known to take pictures of all her children 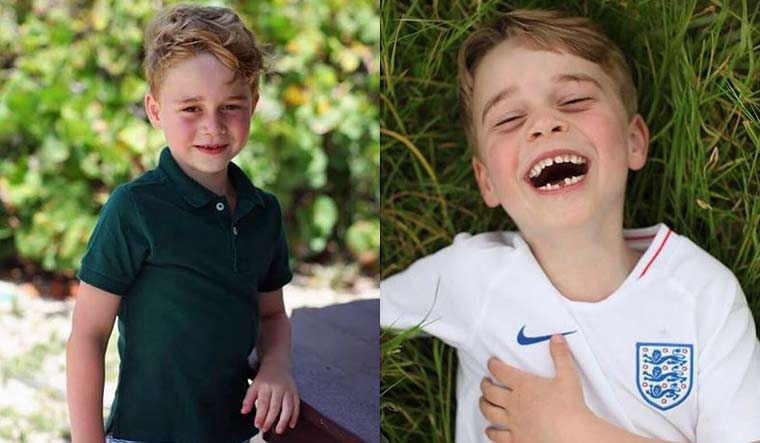 On the 6th birthday of Prince George, the Duke and Duchess of Cambridge released pictures of him on Instagram. The images taken by his mother, Kate Middleton, show him with a toothy smile. "The Duke and Duchess of Cambridge are very pleased to share new photographs of Prince George to mark His Royal Highness's sixth birthday," the post from their official Instagram account read.

Kate, an amateur photographer, is known to take pictures of all her children, to be released to the public. Prince George Alexander Louis, third in line to the throne, was sporting an English soccer jersey in the image.

Prince George prepares to begin year 2 at Thomas’s school in Battersea, London. The Prince is expected to celebrate his birthday in Mustique, where the Duke and Duchess have friends. The Prince is also known to be sporty like his parents and is getting tennis lessons. Prince William is an avid soccer fan and has been president of The Football Association.