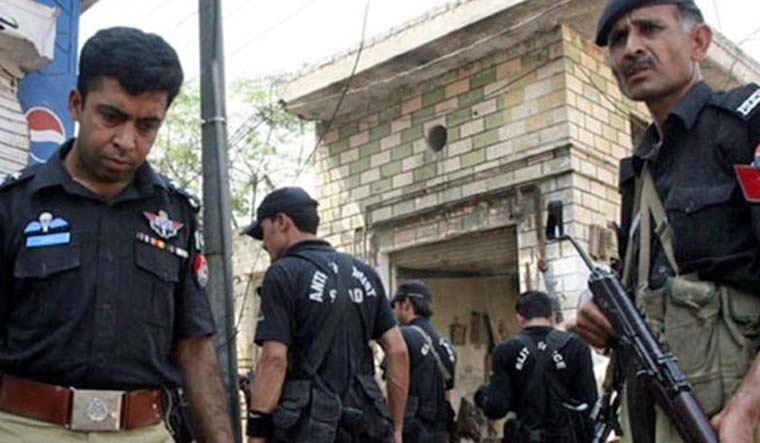 Pakistani security forces raided a militant hideout in a residential compound in the restive northwestern city of Peshawar, triggering a 17-hour shootout in which a police officer and at least five terrorists were killed.

Three other police officers were also injured in the operation which began Monday night against terrorists hiding in a three-story residential building in a posh locality of Hayatabad township bordering Khyber district.

The terror suspects were wanted for attacks on a judge and additional inspector-general of police, security sources said.

The operation was carried out on the basis of an intelligence tip-off on the presence of terrorists in the residential building. The operation saw the exchange of heavy fire between security forces and the terrorists.

The killing of the police personnel opened up a full fledge operation against terrorists and continued till 1230 pm on Tuesday.

Zahoor Afridi, SSP Operation Peshawar told reporters that operation has been successfully completed as all the terrorists were killed and the compound was cleared.

During the clearance operation, the forces recovered explosive laden motorcycle which was neutralised by the Bomb Disposal Squad.

According to Khyber Pakhtunkhwa Minister for Information Shaukat Yousafzai, Pakistan Army personnel took part in the operation alongside the police force.

City police chief Qazi Jamil ur Rehman said that houses in the neighbourhood were vacated to avert any casualty to local residents.

He said that the operation lasted for over 17 hours as the forces were directed to conduct the operation in such a manner to avoid casualties to civilians.

The terrorists are yet to be identified.