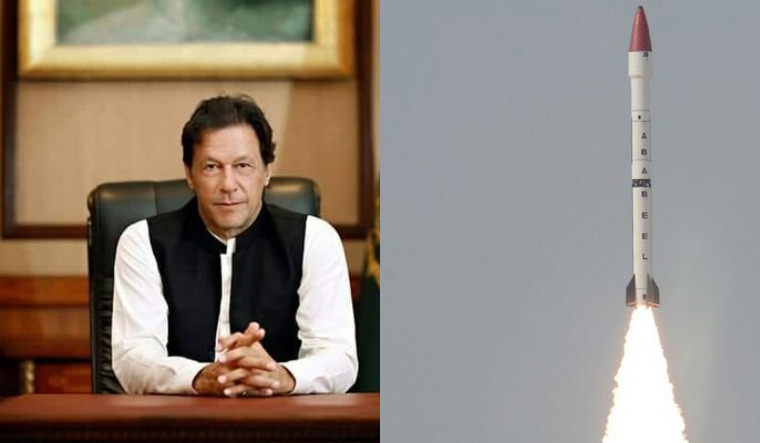 Pakistan Prime Minister Imran Khan is scheduled to convene a meeting of the country's National Command Authority, which maintains control of its nuclear weapons, on Wednesday. The meeting comes after tension with India ratcheted up in the wake of the Indian Air Force strike inside Pakistan on Tuesday.

According to Pakistan news agency Geo News, the NCA will meet on Wednesday to “discuss a response to India's Line of Control violation”. Another Pakistan news agency, Dunya News, claimed the NCA meeting would be held at the prime minister's office at 1pm local time (1.30pm IST).

The NCA was constituted in February 2000 by Pakistan's National Security Council. The NCA has been described as the “highest” decision-making authority on all matters of Pakistan's nuclear and missile programmes, including their development, deployment and operational employment. While Imran, as prime minister, is the chairman of the NCA, the body has as members the ministers of defence, foreign affairs, finance and interior as well as chiefs of the armed services.

Dunya News reported the NCA meeting would “review the command and control system of Pakistan”, while military officials would brief the prime minister on “professional preparations” of the Pakistan Army.

Intriguingly, Major General Asif Ghafoor, spokesperson of the Pakistan armed forces, adopted a seemingly menacing tone when announcing that a meeting of the NCA would be held on Wednesday. “I hope you know what the NCA means and what it constitutes,” Ghafoor told reporters.

The planned meeting of the NCA has raised speculation that Pakistan could be preparing to adopt its policy of vocal nuclear sabre-rattling, which it had done during the Kargil conflict (1999) and standoffs such as the military build-up after the attack on Parliament (2001) and the Kaluchak massacre (2002).

Pakistan has frequently brandished the threat of resorting to nuclear weapons to deter possible Indian reactions to actions of terror groups linked to Islamabad.

The meeting of the NCA is also likely to be interpreted as a sign that the Pakistani military is stamping its authority again as Islamabad's nuclear weapons have been considered a preserve of the generals, with civilian prime ministers having only nominal authority.