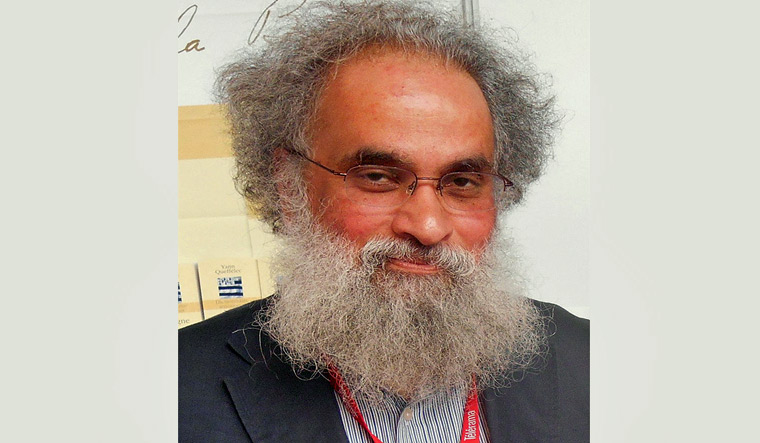 Noted Indian historian Sanjay Subrahmanyam has won Israel's prestigious Dan David Prize for this year for his work on inter-cultural encounters between Asians, Europeans and people of North and South America during the early modern era.

Subrahmanyam, son of strategic analyst K Subrahmanyam and brother of former foreign secretary S Jaishankar, won the award in the category of 'past time dimension' for his work in macro history.

He shares the USD 1 million award in this category with Prof Kenneth Pomeranz of University of Chicago.

The international Dan David Prize is awarded annually to those who have made outstanding scientific, technological and humanistic accomplishments in fields representing the past, present and future of human achievement. Three Dan David Prize are given every year.

The recipients in the "Past" category are generally drawn from the fields of history, archaeology, paleontology and biography; the "Present" from arts, media, policy and economics; and the "Future" from one of the exact or natural sciences.

This year's winners were chosen from the three categories for their work in macro history, defending democracy and combating climate change, respectively.

Subrahmanyam, an alumni of University of Delhi, holds the Irving and Jean Stone Endowed Chair in Social Sciences at the University of California, Los Angeles (UCLA), which he joined in 2004. He is also the recipient of the Infosys Prize for humanities for his "path-breaking contribution to history".

The eminent historian, who did his doctorate from Delhi School of Economics, began as an economic historian but later branched out to work on political, intellectual and cultural history.

The Dan David Prize is a joint international enterprise endowed by the Dan David Foundation headquartered at Tel Aviv University. The award ceremony is likely to be held at the university in May.

The prize, now in its 18th year, was established by late Dan David, an international businessman and philanthropist who envisioned a project that would extend beyond traditional academic categorisations.

The winners in the "Present" category for "Defending Democracy" this year has been won by Reporters without Borders, an organisation that works for the freedom of the Press and Prof Michael Ignatieff.

Ignatieff is a Canadian author, academic and former politician who headed Liberal Party of Canada and was also the leader of the official opposition for almost three years.

Christina Figueres, a Costa Rican diplomat has been awarded the prize in the "future" dimension for her role in combating climate change.

In order to encourage and foster new generations of scholars, the laureates are required to donate 10 per cent of their prize money towards scholarships for graduate or post-graduate researchers in their respective fields.

Meanwhile, reacting to Subrahmanyam's achievement, eminent Indian historian and writer Ramachandra Guha tweeted, "Delighted that my college contemporary Sanjay Subrahmanyam has won the Dan David Prize. Our teacher Dharma Kumar said when he was a student: Sanjay will be India's first truly world-class historian. And so it has proved."

He further said, Subrahmanyam "is a true polymath; in his command of languages and sources, his brilliant analytical mind, his interdisciplinary framework, his literary flair. Incidentally all his degrees are in economics, all from the University of Delhi."