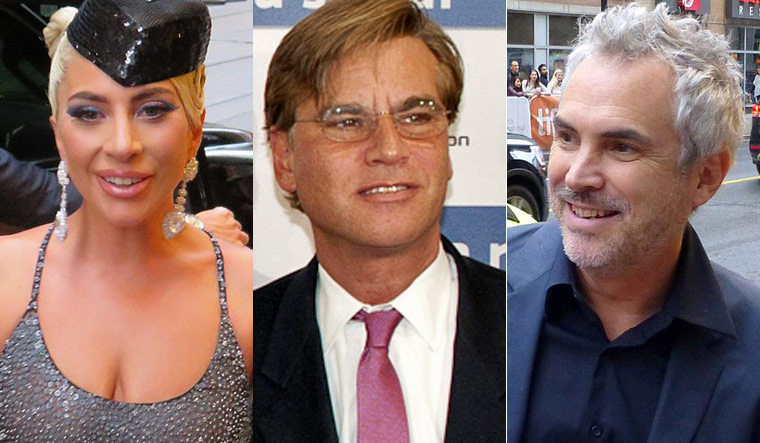 US is currently undergoing one of its longest political logjams. While Trump is at the funds for the wall topic with a sledgehammer, the Democrats are doing their best to not let the President have his way. The President recently offered to provide support to Dreamers or children who were brought across borders illegally by migrant parents for three years if his wall demand was met. The Democrats were prompt to say no to the offer calling it a 'non-starter' Amidst the push and pull, here's what some Hollywood celebrities had to say on the topic of shutdown and the wall.

Filmmaker Alfonso Cuaron says a wall between the US and Mexico border is an "absurd" idea and history is witness that it will not work.

The Mexican director called the proposed wall, the brainchild of US President Donald Trump, part of a "power game".

Cuaron said, "It's just absurd. because it's very clear it's pure rhetoric, it's a power game...

"Walls, they have never worked. I mean there are many other ways to approach an issue. It's not a problem, it's a reality."

He said the immigrant issue was a "phenomenon" that needs to be handled sensitively as it involves humans.

The Roma director was speaking at the PGA Awards.

Lady Gaga calls out on the shutdown

The pop star stopped an ongoing gig to say her piece on the current scenario while she was performing 'Million Reasons' on the piano.

"If the f**king president of the United States could please put our government back... There are people who live pay-check to pay-check and need their money," she said.

Gaga then took aim at Pence, whose wife Karen is facing flak for accepting a job at a school that excludes LGBT and trans candidates.

The Shallow hit-maker also called the vice president "the worst representation of what it means to be a Christian".

"And to Mike Pence, who thinks it's acceptable that his wife works at a school that bans LGBTQ — you're wrong. You say we should not discriminate against Christianity...

"I am a Christian woman, and what I do know about Christianity is that we bear no prejudice and everybody is welcome. So you can take all that disgrace, Mr Pence, and you can look yourself in the mirror and you'll find it right there," she said as the audience applauded in agreement.

Oscar winner Aaron Sorkin in the meantime urged young Democrats elected to Congress to take up the opportunity of making the party "the non stupid" one.

The screenwriter-director said the onus was on the new "crop" to take charge of the situation and help point the difference between the two parties.

"They need to stop acting like young people. I think there's a great opportunity here for Democrats to be the non-stupid party, to point out the difference," Sorkin said.

The Molly's Game helmer also underscored the issues the Democratic Party must focus on.

"It's not just about transgender bathrooms, that's a Republican talking point. They're trying to distract you.

"We haven't forgotten the economic anxiety of the working class, but we're going to be smart about this. We're not going to be mean about it," he said.