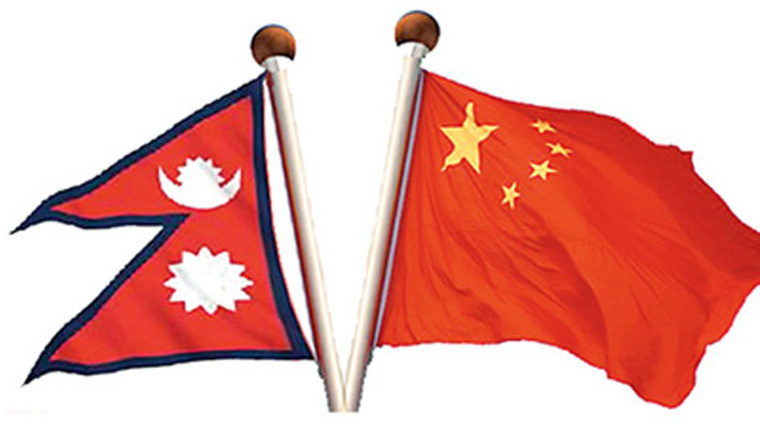 China and Nepal discussed cross-border railway connectivity on Wednesday as President Xi Jinping met Nepali Prime Minister K.P. Sharma Oli here and said that Beijing is ready to cooperate with the Himalayan nation under the framework of the Belt and Road Initiative (BRI).

Oli, who arrived here on Tuesday on a six-day-visit, met Xi at the Great Hall of the People in Beijing. Before their meeting, China and Nepal signed eight agreements worth $2.4 billion.

The agreements, signed in a ceremony at the Nepal Embassy here in Oli's presence, were reached between the two governments and private sectors where Chinese investors will put money on developing hydroelectricity, water resources, cement factories and fruit cultivation and farming.

During their meeting, Xi and Oli discussed ways and means to further expanding bilateral cooperation in various fields including through cross border railway connectivity.

Xi told Oli that China "stands ready to strengthen cooperation with Nepal in infrastructure connectivity, post-disaster reconstruction, trade and investment under the framework of the BRI".

He said "Beijing supports Nepal's self-selection of social systems and development of roads suited to its national conditions.

"We must strengthen cooperation in law enforcement capacity building, jointly combat transnational crimes and safeguard the common security of China and Nepal," said the President.

Oli, on his part, said that Nepal admired China's development achievements, highly valued its positive role in international affairs and thanked China for its support for the country's development transformation.

Nepal highly valued Xi's proposal of building a community with shared future for mankind and was willing to actively participate in the BRI, Oli said.

A pact for co-operation between Nepal Electricity Authority and State Grid Corp of China for a feasibility study of Nepal-China Cross-border Power Grid Interconnection Project was also signed.

According to it, the two sides will carry out the feasibility study of 400 kV Kerung-Rasuwagadhi-Galchhi-Ratmate transmission line.

The Nepali Prime Minister also inaugurated the 2018 Nepal-China Business Forum' jointly organized by the Embassy of Nepal and China Council for the Promotion of International Trade.

Inaugurating the forum, Oli said Nepal had embarked on a path of peace and political stability following the elections under federal set-up last year and expressed his confidence that Chinese entrepreneurs would invest in his country.

Earlier in the day, Oli laid a wreath at the Monument to the People's Heroes at the Tian'anmen Square. He will hold delegation level talks with his Chinese counterpart Li Keqiang on Thursday where additional MoUs are expected to be signed.

This is Oli's first official visit to China after returning to power in February and the second foreign trip after India.