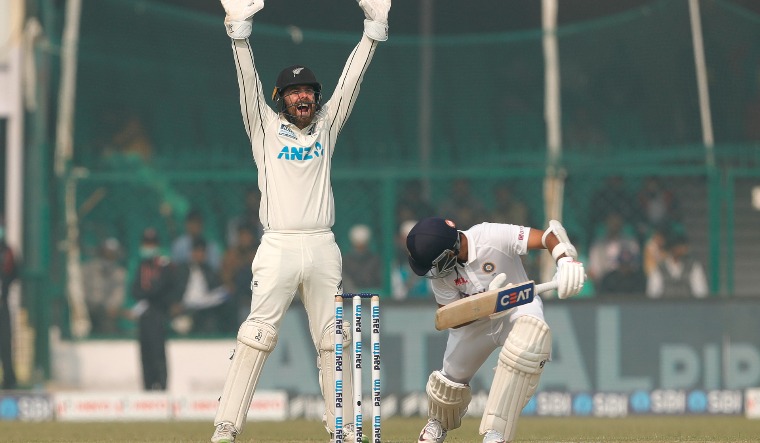 The Kanpur Test between India and New Zealand appeared to be delicately poised at lunch on the fourth day on Sunday. India began Sunday at 14 for 1, but lost four quick wickets in the first session to reach lunch at 84 for 5.

At the crease during the lunch break were first innings centurion Shreyas Iyer (18 not out) and Ravichandran Ashwin (batting on 20). The duo put on a partnership of 33 to take India's lead to 133.

Cheteshwar Pujara was the first batsman to fall on Sunday, being caught behind by wicket-keeper Tom Blundell off fast bowler Kyle Jamieson for 22.

According to reports, Wriddhiman Saha, who was off the ground during the New Zealand first innings, is expected to bat.