Looking forward to hit the ground: Chavan after being cleared to play 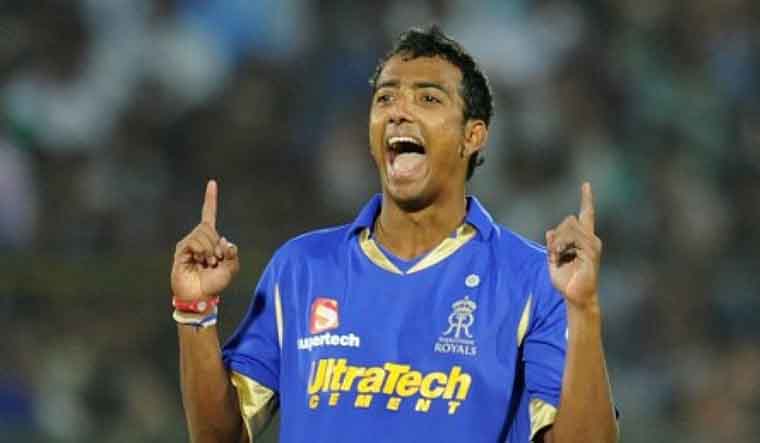 Cleared to play again by the BCCI after his ban for involvement in the 2013 spot-fixing scandal ended, former Mumbai left-arm spinner Ankeet Chavan says he cannot wait to hit the ground even though COVID-19 and the Mumbai monsoon are in his way for now.

The 35-year-old was given the go ahead to resume cricket by the BCCI on Tuesday.

"The ban has been completely over as of September 2020. I am open for whatever (comes) my way. I am really looking forward to getting on the ground as soon as possible," Chavan told PTI on late Tuesday night, hours after the development.

"Unfortunately, because of the pandemic (COVID-19) and the rains, the grounds would probably be closed but whichever opportunity I get to be back at the ground, I will be really eager for that," he said.

Chavan, who never represented India, was initially suspended for life for his involvement in IPL spot-fixing scandal in 2013, along with S, Sreesanth.

Last year, BCCI Ombudsman Justice (Retd) D.K. Jain had reduced the quantum of sentence for both Sreesanth and Chavan to seven years from the life ban imposed by the BCCI.

In a mail to Chavan, BCCI Interim CEO Hemang Amin wrote, "As per the directions of the Hon'ble Bombay High Court, your representation for modification of the BCCI order, imposing a life ban on you was placed before the Ld. Ombudsman of BCCI."

"The Ld. Ombudsman, has restricted the ban imposed on you from life ban to 7 years, with effect from 13 September 2013.

While the copy of the order regarding Sreesanth had arrived even before the speedster's ban ended in September 2020, Chavan had to wait till May 3 to get his order.

Earlier in the month, Chavan had urged the Mumbai Cricket Association to write to the BCCI to give him the clearance letter.