Olympics to go ahead ‘however coronavirus evolves’: Tokyo 2020 chief 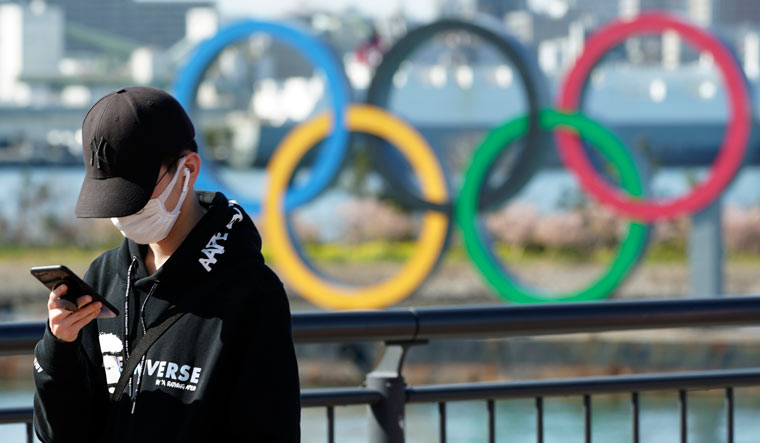 [File] A tourist wearing a protective mask in Tokyo's Odaiba district, with the Olympic rings in the background | AP

Tokyo 2020 president Yoshiro Mori has said that the Olympics will go ahead as planned in July “however the coronavirus evolves”, as he put doubts over the staging of the event to rest.

“We’ll certainly go ahead however the coronavirus evolves. We must go beyond discussion about whether we will hold it or not. It’s about how we will do it. Let’s think about a new kind of Olympics on this occasion,” he told Olympic organisers and members of Japan’s ruling party during a meeting.

Speculation has been rife over whether or not the Olympics will be staged this year because of the alarming rise in the number of COVID-19 cases in Japan. It has already been postponed once due to the pandemic, with many officials associated with the event saying that if it doesn’t happen this year, the Olympics will be cancelled.

Organisers have said that the Games can be held safely despite the surging number of COVID-19 cases around the world.

Meanwhile, as per reports, Japan’s Prime Minister Yoshihide Suga is expected to announce a month-long extension of a virus state of emergency later on Tuesday. The state of emergency will run until March 7 in Tokyo and several other parts of the country, reports said.

The nationwide Olympic torch relay is due to begin on March 25, and the quadrennial event will open on July 23.

The opening ceremony is expected to have 6,000 athletes while around 11,000 are expected to compete, Japanese media have reported. Paralympic athletes are pegged to be about 4,400.

Recent polls have shown that more than 80 per cent of the Japanese public think the Olympics should be cancelled or postponed. However, Yoshihide Suga has called the staging of the event as “a proof of human victory against the coronavirus.”

Japan has spent at least USD 25 billion for the Olympics, and is considered the most expensive Summer Olympics on record.