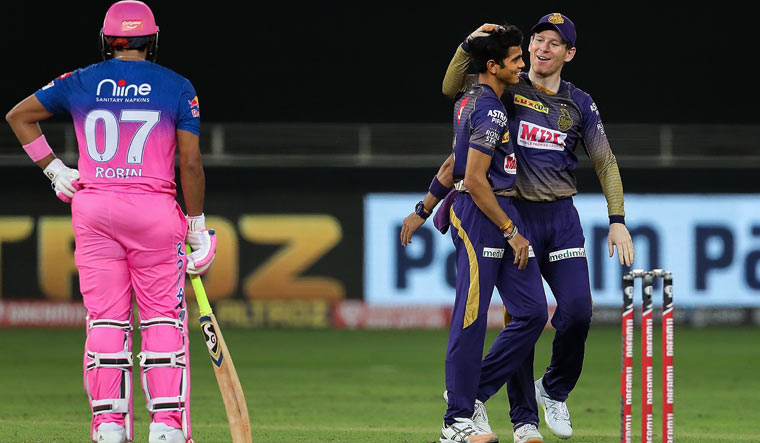 Despite a stunning show in their last match, Rajasthan Royals on Wednesday lost against Kolkata Knight Riders after Jos Buttler, Steven Smith, Sanju Samson and Robin Uthappa went out cheaply. KKR won by 37 runs as the Royals made 137/9 chasing 175.

This despite the Royal’s bowlers, particularly Jofra Archer, restricting KKR to what seemed like a manageable score of 174 in the first innings. Archer clocked the fastest delivery of the tournament (152.1 kph) and took the wickets of Shubman Gill and Dinesh Karthik, prompting a mid-innings collapse.

The game, played at the Dubai International Cricket Stadium, became the first loss for the Royals this IPL season.

Shivam Mavi returned the favour for KKR, taking Buttler and Samson’s wickets and catching-out Uthappa on a delivery by Kamlesh Nagarkoti. Varun Chakravarthy took out both Rahul Tewatia and Archer (who tried to slice the ball but was caught by Nagarkoti).

Archer fell in the 14th over, when Royals were just 88/8. Tom Curran hung on to take the Royals past the 100 mark and score an unbeaten 54 off 36 but he could not take his team to victory.

This was the sixth time that the team batting first went on to win the game this IPL season.