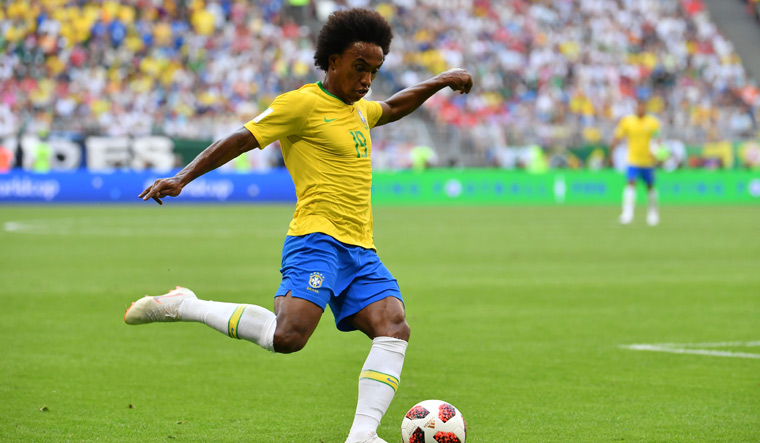 Brazilian footballer Willian moved to Arsenal for a three-year deal on Friday after his contract with Chelsea expired. The winger joined Arsenal on a free transfer after rejecting a two-year extension with Chelsea.

Willian confirmed last week that he would leave Chelsea after seven ‘wonderful’ years at Stamford Bridge.

Arsenal manager Mikel Arteta that Willian will give the Premier League club “a lot of versatility”.

“I believe he’s a player that can really make a difference for us. We have been monitoring him for the past few months, we had a clear intention to strengthen in the attacking midfielder and the winger positions; he is a player that gives us a lot of versatility,” Arteta said in a statement on the club’s website.

“He has the experience of everything in the football world but to still have the ambition to come here and contribute to bring the club where it belongs.

“I have been really impressed with all the talks I have had with him and how much he wanted to come,” Arteta added.

“The famous red and white suits you, Willian,” it tweeted.

The famous red and white suits you, Willian 😉🔴⚪️ pic.twitter.com/sqPFEQv1yP

The 32-year-old winger has won two Premier League titles with Chelsea, one FA Cup title and the 2019 Europa League title.

He has scored 63 goals in 339 appearances for Chelsea after moving from Russian club Anzhi Makhachkala in 2013.