Sané’s contract with the Bundesliga champions will run until June 30, 2025 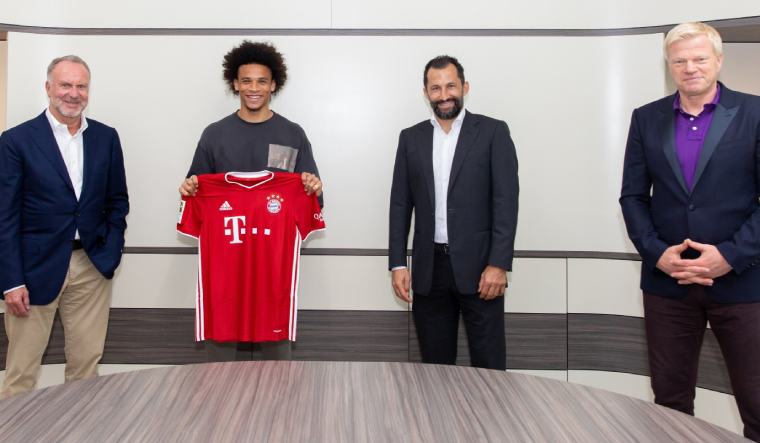 Bayern Munich on Friday announced the signing of Manchester City’s Leroy Sané for a five-year contract worth an initial 45 million euros. The total value of the transfer is expected to be around 60 million euros, including add-ons.

The 24-year-old’s contract with the Bundesliga champions will run until June 30, 2025. Sané told the club website that Bayern Munich has big goals and “these goals suit me well”. He added that he was looking forward to the new challenge and train with the team.

Sané took to Twitter to thank his fans and confirm the news of his signing with Bayern.

“Thanks so much for the great time and all the support over the last 4 years. It has been a really intense and successful time which I surely won’t forget. We won many games, scored a ton of goals, broke a couple of records and celebrated 7 trophies together. Thanks to all the fans, the staff and my teammates! I will always remember this time with joy and pride. Also thanks to my coach who has made me a better player and has a large share of my PFA Young Player of the Year award 2018. I’ve learned a lot and I’m very proud to have been part of this journey,” he wrote.

Manchester City manager Pep Guardiola, meanwhile, wished the best for Sané in the “new chapter of his career”.

“Leroy has been part of one of the most special periods in this club’s history, and he leaves with the best wishes of everyone here,” Guardiola told City’s official website.

Sané joined City from Schalke in August 2016, winning two Premier League titles, an FA Cup and two League Cups in England. He also bagged the PFA Young Player of the Year award in 2018. His last season with City was hampered by an injury in his right knee.