Ahead of Dhoni’s birthday, Bravo drops teaser for ‘Helicopter’ song 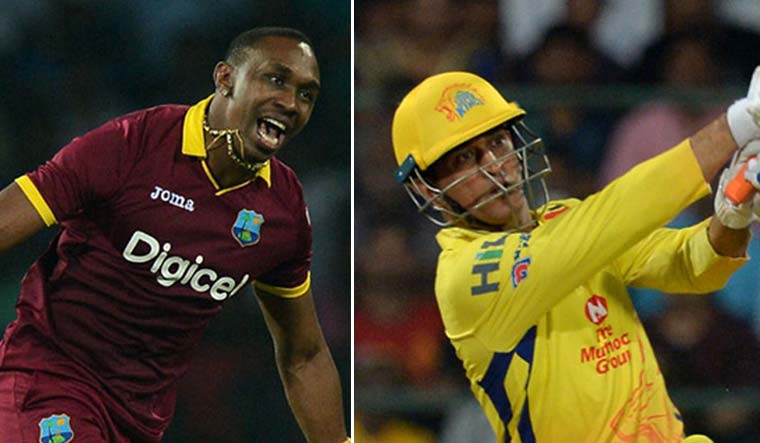 West Indies cricketer Dwayne Bravo is going the extra mile on the occasion of his Mahendra Singh Dhoni’s birthday. The cricketer is dedicating a special song for his Chennai Super Kings captain, and on Monday, dropped the teaser for the ‘Helicopter’ song.

In an Instagram post, Bravo shared the teaser of the song with his followers and added that the complete song will be out soon. Dhoni’s birthday is on July 7. India’s World Cup-winning captain will turn 39 this year.

“Are you ready for July 7th!! @mahi7781 birthday we going to be celebrating his birthday in style with this special track from the Champion team!! @djanamusic @ultrasimmo @collegeboyjesse @arielle.alexa @dexterrthomas guys don't forget to tag us an let us see your helicopter dance!! (sic),” Bravo captioned the video. The song was penned and sung by Bravo.

The verse played in the teaser video was catchy and the lyrics were quite simple: “MS Dhoni, number 7, MS Dhoni, number 7. 2007 T20 Champion, 2011 became the world champion, first captain to win every trophy for his nation, now everybody do the helicopter celebration.”

Dhoni, who has been out of action since India’s semifinal loss to New Zealand in the ICC World Cup last year, was expected to return to cricket in this year’s Indian Premier League. The IPL, however, was indefinitely postponed and Dhoni will return to lead CSK only after the tournament gets the green light to be played later this year amid the coronavirus pandemic.