Gambhir, Afridi need to calm down, be sensible on social media: Waqar Younis 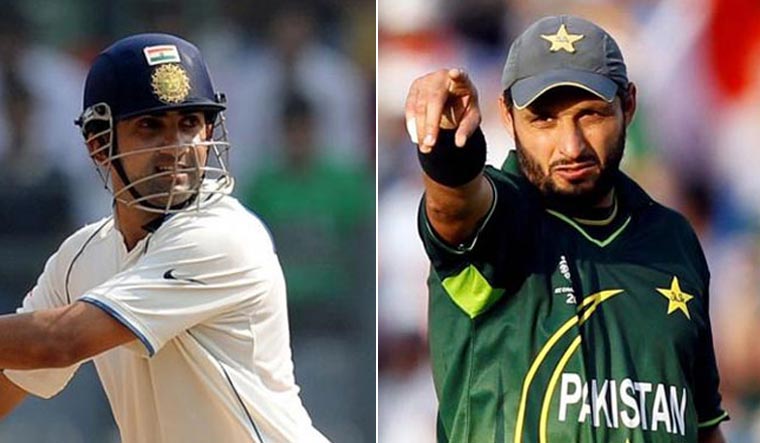 Gautam Gambhir and Shahid Afridi are not new to taking potshots at each other | AFP; Reuters

Whenever India and Pakistan have taken each other on in cricket, it has been nothing short of a battle. There have been some competitive cricket, heated exchanges and controversies. But the players have rarely taken the exchanges out of the field, least of all, to a public platform.

But, former India opener Gautam Gambhir and former Pakistan captain Shahid Afridi never really shared a cordial relationship on or off the field. Who can forget the ODI between the two teams at Kanpur in 2007, where the animosity between the two players took shape! Even after retiring from the game, the two have often clashed on social media over a range of issues, be it Kashmir, their careers, or Afridi's autobiography.

The latest trigger was Afridi's critical remarks against Prime Minister Narendra Modi, during the former's visit to Pakistan-occupied Kashmir. Gambhir, who is a BJP MP, hit back, calling him a “16 yr old man”. Afridi's comments were slammed by other Indian cricketers, too, such as Harbhajan Singh, Yuvraj Singh and Suresh Raina.

Their exchanges are followed keenly on social media, but former Pakistan pace legend Waqar Younis said Gambhir and Afridi have taken taken the 'banter' too far now and they need to calm down now.

“The banter between Gautam Gambhir and Shahid Afridi has been going on for a while now. I think they both got to be smart, sensible, and calm down. It has been going on for way too long. My advice to them is to maybe catch up somewhere around the world and talk it out if you cannot really calm it down,” Waqar said on “Q20”, a chat show presented by ‘GloFans’.

“In social media, if you carry on that, people are going to love it and people are enjoying it and that I feel that they both should be sensible and smart,” he added.

Responding to a query, Waqar said India and Pakistan should play a bilateral series on a regular basis.

“If you go and ask people of both the countries on whether Pakistan and India should play each other, everyone, around 95 per cent of them will agree, that cricket between these two should be played,” he said.

“Be it Imran-Kapil Series or Independence Series or whatever name we give to it, I think that it would be the biggest hit ..... I think Pakistan and India should play on a regular basis to avoid depriving cricket lovers of both countries,” he added.

The former pacer foresees the two countries playing a bilateral series in the coming years.

“I do see Pakistan and India playing bilateral series. I am not sure where though, but I hope it will be either in Pakistan or in India.