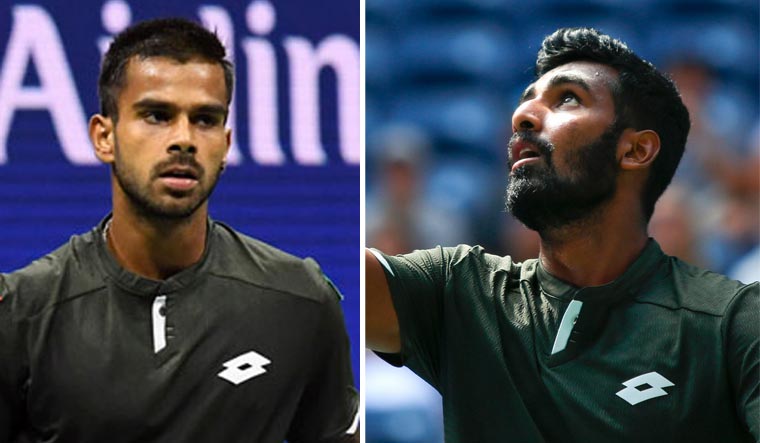 Prajnesh Gunneswaran and Sumit Nagal will lead India's challenge in the third edition of the Bengaluru Open that begins in the city on Monday.

Although the event suffered a mild set back with the withdrawal of the top seed Ricardas Berankis owing to medical reasons, the field still boasts of good players.

Second seed Stefano Travaglia from Italy began the current season with a runner-up finish at the Bendigo 2 Championship in Australia while third seed Japanese Yuichi Sugita had reached a ranking of 36 in the world just two seasons ago.

Fourth seed James Duckworth of Australia has won four out of six Challenger final appearances before landing in Bengaluru.

For his part, Prajnesh has the distinction of entering the main draw of all the grand slams in the last season.

“All the good guys who played in Pune ATP last week are here and I am expecting a tough competition here,” said Prajnesh, who is the highest ranked Indian at 122 and seeded seventh here.

“I was carrying a few injuries which hampered my performance during the fag end of the Tour. However, I am almost in good shape and looking forward to a good week here.

“Bengaluru has been a happy hunting ground for me and I like the conditions here although the ball plays a bit tricky here,” added Prajnesh, who reached a career-high of 75 last year.

Besides Prajnesh, Nagal is another Indian player to watch out for.

Currently, ranked 125th and seeded eighth, Nagal has reached a career high of 125 on the ATP rankings.

“The year has been good for me and I am in my best of form. The experiences at the grand slam have boosted my confidence which helped me win on clay as well,” said Nagal.