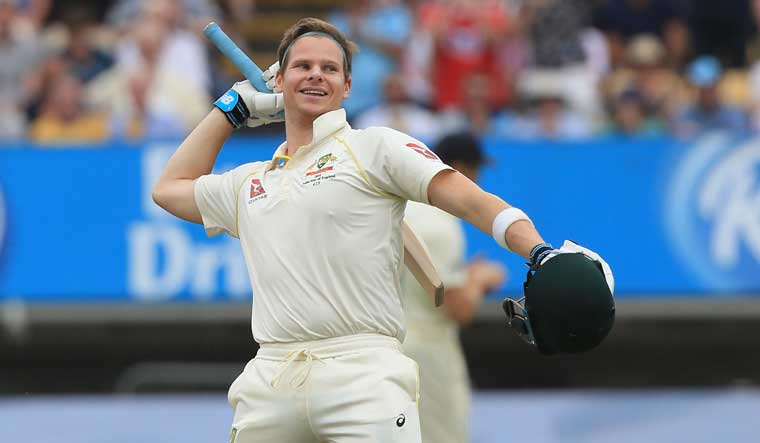 Steve Smith hit his second century of his comeback Test on Sunday as Australia set England a daunting 398 to win the Ashes opener at Edgbaston.

Ashes-holders Australia, bidding to win their first Test series away to England in 18 years, made 487-7 declared in their second innings as they capitalised on the absence from the home side's attack of the injured James Anderson.

That left England needing 398 for victory—the most they have made in the fourth innings to win a Test was 332-7 against Australia at Melbourne back in 1928/29.

Australia captain Tim Paine's declaration late on the fourth day left England with an awkward seven overs to bat before stumps. Rory Burns, fresh from his maiden Test century in the first innings, and Surrey teammate Jason Roy saw England to 13-0 at the close.

Smith made 142 following his 144 in the first innings of the match—the former Australia captain's first Test since the end of a 12-month ban for his role in last year's ball-tampering scandal in South Africa.

He is just the fifth Australian to score hundreds in both innings of an Ashes Test. Matthew Wade marked his first Test for nearly two years with a fine 110.

Smith, having reached lunch on 98 not out, went to three figures in style when he cover-drove England paceman Stuart Broad for his 10th four in 147 balls faced.