India must forfeit Pak match in WC, if nation wants it: Gambhir

Sentiment more important than any sports event, he said 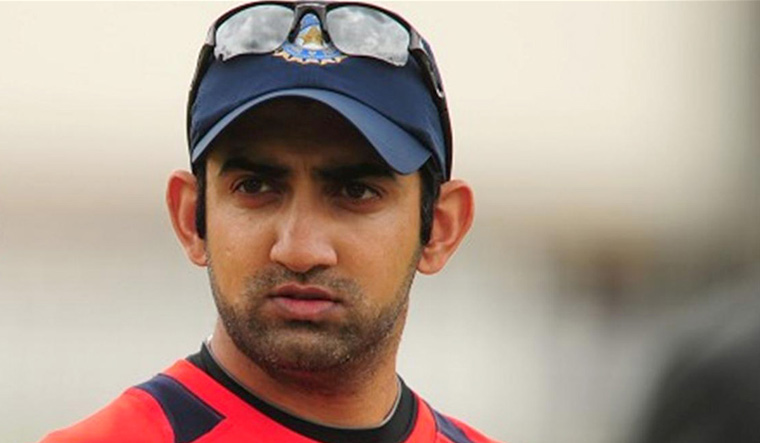 As the ruling Bharatiya Janta Party gears up to release its first list of candidates for the upcoming Lok Sabha elections, all eyes are on recently retired cricketer Gautam Gambhir whose name is doing the rounds as one of the party's possible candidates from New Delhi.

Therefore, it was no surprise that Gambhir's two-and-half-hour interaction with upcoming cricketers in central Delhi on Monday was followed with keen interest. These cricketers have qualified for a five-year cricket scholarship and will go to Guildford Grammar School in Perth, Australia for a 21-day training.

Delhi state BJP president Manoj Tiwari, too, dropped in at the event. What was a purely cricket-related event soon turned into a session of speculation about Gambhir's possible entry into politics. He did not rule out the possibility outrightly, but chose to give a cautious response. “There are a lot of rumours. I haven't thought about it. I need to speak to my family about it. I just got Padma Shri two days ago. I am still doing commentary, so, let's see how it goes. It's a different field. I have so far played only cricket in my life and not done anything else. I have heard life changes with entering politics. I have two young children. I want to spend some time with them. I haven't been able to do that so far. It's going to be a big challenge.”

Speaking on the India-Pakistan match at the World Cup 2019 in the backdrop of the Pulwama attack, he said that it was for the BCCI to decide whether India should play or forfeit the match. “That is for the BCCI to decide. There cannot be conditional bans. Either ban everything or open everything with Pakistan. What happened in Pulwama was unacceptable. I am sure it is going to be difficult to boycott Pakistan in ICC tournaments but maximum you can do is stop playing Asia Cup. Because, that's not a commitment.”

India is scheduled to meet Pakistan on June 16 in the World Cup.

Gambhir cited the example of England forfeiting its World Cup match against Zimbabwe in the 2003 World Cup. But he added that it should be a unanimous decision. “England decided in 2003 to not go to Zimbabwe and forfeited those two points. If BCCI decides India should not not play Pakistan, then they should be ready, and entire country should be ready to give those two points to Pakistan. There will be repercussions as well. Media should not blame the team. Country must back the team. Common man should not blame the Indian team if they don't qualify for the semis because of the boycott.”

Asked what if it is the semifinal or final. “My personal choice is that there is nothing wrong in forfeiting those two points. Ultimately, the country is more important. Those 40 soldiers who lost their lives are far more important than those two points. Even if you reach the World Cup final and let go of it, I think the country should be ready for it. There should not be backlash saying we can't mix sports and politics.”

When reminded that India could face backlash from the international sports community as it happened during the recently held shooting World Cup in New Delhi, Gambhir said he was fine with that. “That is why we all need to be on same page. Is sports more important or lives? If we get boycotted for taking this stance, then we should be ready for it as well. It's my personal opinion. I feel sentiment is more important than any sports event,” he said.