Disgrace of Gijon: The match that changed the World Cup forever 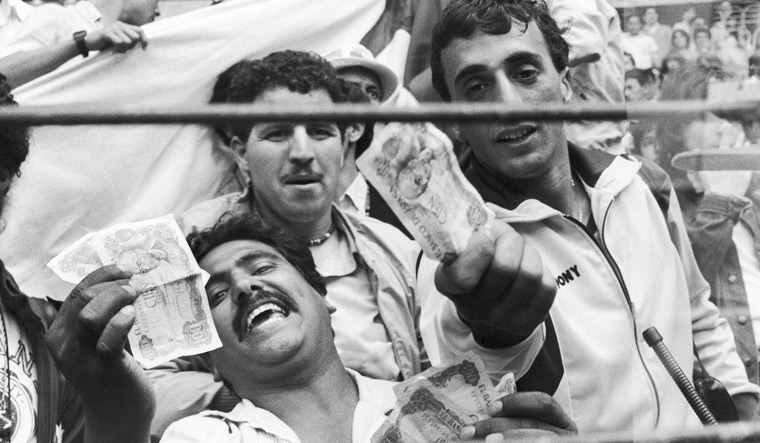 Despite their nightmare campaign in this World Cup, Argentina still have a chance of making it into the knockout stages. However, like many other teams, their qualification will depend on the result of another team, also vying for that same spot. Should Iceland defeat Croatia, they are, in all likelihood, going to qualify ahead of Messi and co.

Croatia, who have already qualified, will not stand to lose anything with an Icelandic victory, and, in theory, by forfeiting their match against Iceland, the Croats can knock Argentina out of the competition. This would be highly unprofessional on Croatia’s part, and is against everything the World Cup stands for. FIFA, on their part, have tried to curtail any such behaviour by conducting the final round of matches in every group simultaneously. This came into effect after one of the most controversial matches in World Cup history, infamously known as the “Disgrace of Gijon”.

West Germany were the most dominant forces in world football during the 1982 World Cup held in Spain. Fresh from winning the Euros in 1980, West Germany were expected to repeat their success at the World Cup. Everyone predicted that West Germany were a shoo-in to advance to the next round having been drawn in a group with Algeria, Chile and Austria. Algeria, on the other hand, arrived in Spain with zero expectations and a 1/1000 chance to win the tournament. West Germany’s opening game against Algeria was supposed to be a cakewalk, with a member of the European team going as far as saying they could beat Algeria while enjoying cigars. However, despite the odds, Algeria secured a 2-1 victory against the mighty Germans in a historic performance. It was one of the biggest upsets in World Cup history. Prior to their victory, no African team had ever defeated a European team at the World Cup, and now Algeria had a world superpower on its knees.

As the group progressed, West Germany responded emphatically, trouncing Chile 4-1 while they watched Algeria fall 2-0 to Austria. Despite this, Algeria came back to squeeze a 3-2 victory against Chile. Thus, heading into the final game in Gijon against Austria, West Germany were second in the group, level on points with Austria, who led on goal difference. If West Germany beat Austria they would qualify for the knockout stages, at Algeria’s expense. Therefore, the Desert Foxes had to anxiously wait, praying for an Austrian victory.

Unfortunately for them, West Germany took the lead within 10 minutes, after which, well to be honest, nothing much happened. After the goal, there were very few attempts to score by either team, and the game was characterised by both teams passing the ball around in their own halves and conserving energy. As per The Guardian, at half time, “one of the German players made a beeline for an Austrian… puts an arm round his shoulder and engages him in discourse.” The game would end in a 1-0 victory to the Germans, breaking Algerian hearts everywhere.

While there is no solid evidence indicating collusion, some of the stats in this game are hard to ignore. In the second half, there were only three shots (none on target), eight tackles and both teams had an overall passing accuracy of over 90 per cent. Sensing something dubious was going on, the Algerian supporters in attendance, protested by waving money that was lit on fire. The Spanish crowd chanted “Fuera, fuera” (Out, out), “Argelia, Argelia” (Algeria, Algeria), and “Que se besen, que se besen” (Let them kiss, let them kiss). Even the German fans in attendance were disappointed, with one fan reportedly burning his country’s flag.

In the aftermath, Algerian football officials lodged an official protest. The president of the Algerian Football Federation was outspoken in his opinion that referee Bob Valentine should have intervened and his failure to do so was worth of a complaint. However, FIFA ruled that there was no proof of tampering or illegality. Instead, as we now see, they changed the rules so that the last round of matches in each group take place simultaneously.

The match later infamously came to known as the “Disgrace of Gijon” and still remains to be one of the most reprehensible episodes in World Cup history.