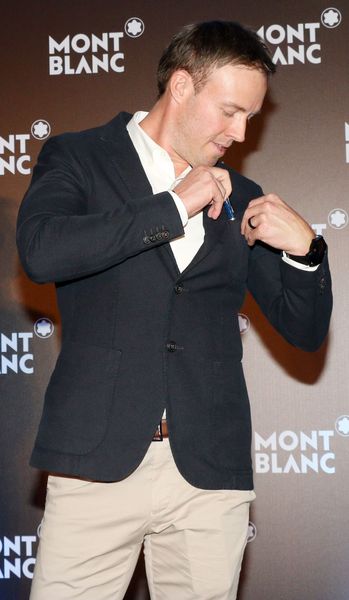 November 2015. South Africa, trailing 1-0 in a four-match Test series against India, was struggling at 45/3 inside 15 overs on Day 1 of the second Test. As South Africa’s No 5 batsman AB de Villiers walked to the crease, the 20,000-odd fans in attendance exploded into chants of “ABD! ABD!” And, when he fell for 85, after a lonely battle against the Indian spinners, the crowd was dismayed. The match was not in Durban or Cape Town. It was in Bengaluru.

Such is the effect that Abraham Benjamin de Villiers, one of cricket’s all-time greats, has had on the psyche of the Indian cricket fan (the chant echos wherever he plays in India). Some may call it a byproduct of his exploits in the Indian Premier League; he represents the Royal Challengers Bangalore (RCB) and has also played for Delhi Daredevils. But, no other overseas player, perhaps, gets the adulation that AB de Villiers does in India. It does not fluctuate, even if there is a certain Virat Kohli out there in the middle with him.

De Villiers has earned every bit of respect through his performances on the pitch and his behaviour off it. He has been one of the finest ambassadors of cricket. His 14-year international career is unblemished. De Villiers averages 50.66 in Tests and 53.50 in ODIs. The 34-year-old shows no apparent weaknesses. More than the bowler’s skill, it is his own explosive style that leads to his dismissal. In terms of technique, de Villiers is right up there with the more classical players like New Zealand captain Kane Williamson and the now-banned former Australian skipper Steve Smith. Add to that his chutzpah and his arsenal of unorthodox shots, and de Villiers is truly in a league of his own making.

But, what exactly makes de Villiers so special? Former South African opener and coach Gary Kirsten describes him as an “absolute genius”. Kirsten, who is currently coaching the struggling RCB team, told THE WEEK: “There are not many areas he doesn’t have covered. He is a student of the game, and is also working on different areas in his game to make sure he has all the basics covered. De Villiers is vital for South Africa and it is fantastic to see him playing so well.”

For a player whose game is all about wresting control from the bowlers at the very beginning and then literally ‘calling the shots’, de Villiers has had his share of demons to deal with. Post 2015, he took time out from Test cricket and was not sure about continuing. He was troubled by injury and mental fatigue. But the de Villiers of 2018 is a free man—the shackles of captaincy, the weight of expectations and the burden of injuries are all in the past.

While the much fancied RCB has struggled in this season’s IPL, AB de Villiers has had a decent tournament with 286 runs and three 50s. After RCB’s loss to Sunrisers Hyderabad, he made a brief stopover in Mumbai to launch the Meisterstück Le Petit Prince Collection of pens by Montblanc—a collection inspired by Antoine de Saint-Exupéry’s novella Le Petit Prince (The Little Prince).

Unassuming and warm, de Villiers spoke of his friendship with and respect for Indian and RCB captain Virat Kohli: “When I first saw him in 2008, I thought, ‘No, this is not a guy I would like’. But he is a totally different person off the field. I have tremendous respect for him.”

In an exclusive interview with THE WEEK, de Villiers talked about his return, the recent series against Australia, which was overshadowed by the ball-tampering scandal, and his plans going forward. Excerpts:

How are you feeling physically?

My health is very good. I am feeling very strong. I think, stronger than ever. So, I am just glad I am feeling healthy and playing for RCB. I am really enjoying it.

What are you enjoying the most after your sabbatical?

I have played a certain amount of cricket and I am where I can give back to youngsters. Really watch them flourish. To know that I have played a little part in that really gives me a kick. I see so many youngsters come through and do well, and it is great to work with them.

Gary Kirsten says what makes you exceptional is that you keep learning. What have you added to your game?

To me the ultimate [aim] is always to win games. To close out games. I want to do that consistently. I haven’t done it as consistently as I would have wanted to do in this tournament [IPL]. That’s all that is. I have always tried to push myself to do better, so that I can win the games.

How are you balancing the load of playing three formats?

It is a lot of load, especially with family around; two kids—that is the most important thing in my life. It is difficult to balance it out, but I have enjoyed this season. Played all three formats, it was fantastic…. I have hit some new heights. Beating Australia was a great thing for us, and a very nice way to finish the season.

How did the South Africa team view the ball-tampering scandal?

We decided to stay out of it as much as we could. The most important thing is we played some amazing cricket and that’s all I will remember. We beat them 3-1. That doesn’t happen every day with the Australian team.

Do you look at the 2019 World Cup as unfinished business?

Not really. I have changed my mindset about it. I don’t think the World Cup will define my career. Individually, I have had a fantastic career. I have enjoyed every second of it. I would love to win the World Cup with the team, but like I said, it will not define me. I will go and give it my best shot.

You have been part of the IPL since 2008. How has it evolved?

IPL is the strongest T20 league in the world. It is right up there with international cricket. I love coming back here. It is my eleventh season. I can’t believe it’s been on for so long.

And, it is getting stronger every year. I see more and more youngsters coming through in India. I am jealous in a way because we don’t have it the same way back home. But I am hopeful South Africa will have a similar tournament.

Is T20 getting tougher?

It has evolved a lot. Bowlers are getting more skilful. They are coming up with new deliveries, to counter what the batters are doing. It is an amazing format and I am glad to be playing it.