Bhaker's calm and composure belied her age as she shot 240.9 to break the CWG record 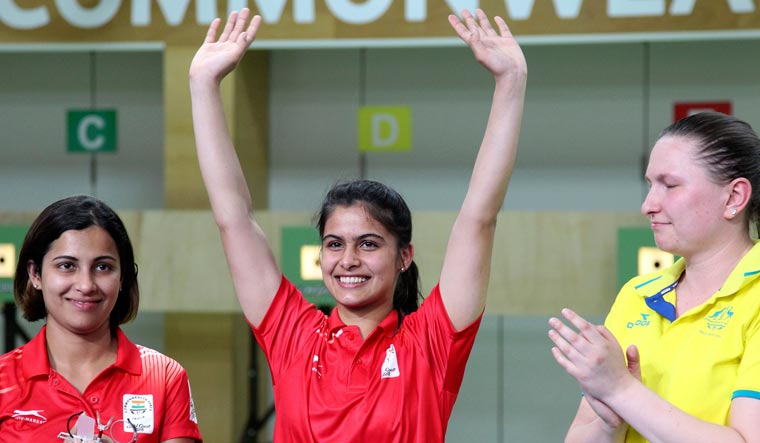 Bhaker's calm and composure belied her age as she shot 240.9 to break the Commonwealth Games record, finishing well ahead of her senior teammate Sidhu, who aggregated 234.

The bronze medal went to Australia's Elena Galiabovitch who ended with 214.9.

Bhaker was the overwhelming favourite to win the event, having bagged gold medals at the 2018 ISSF World Cup in Guadalajara, Mexico and the following Junior World Cup in Sydney.

Sidhu, too, did well to win silver after she was on the verge of elimination at one stage. She had also won a silver at the Delhi Games in 2010.