Explained: What is the 'Doomsday Clock' and who's behind it? 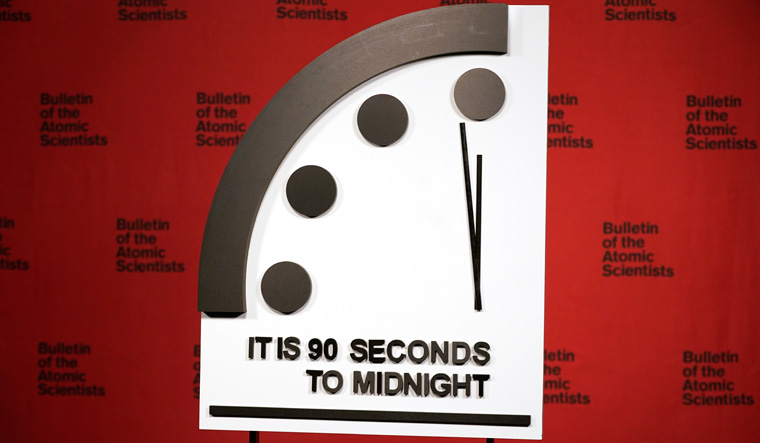 The Bulletin of the Atomic Scientists has reset the 'Doomsday Clock' at 90 seconds to midnight, warning the humanity of the dangers of nuclear war.

The symbolic timepiece, established in 1947, is now showing the closest to midnight to reflect global existential threats after the Russian invasion of Ukraine has revived fears of nuclear war.

Scientists think that threats of nuclear war coupled with pandemic and climate volatility have been exacerbated by Russia's invasion of Ukraine, putting the humanity at greater risk of annihilation.

Rachel Bronson, president and CEO, Bulletin of the Atomic Scientists, said: “We are living in a time of unprecedented danger, and the Doomsday Clock time reflects that reality. 90 seconds to midnight is the closest the Clock has ever been set to midnight, and it’s a decision our experts do not take lightly. The US government, its NATO allies and Ukraine have a multitude of channels for dialogue; we urge leaders to explore all of them to their fullest ability to turn back the Clock.” 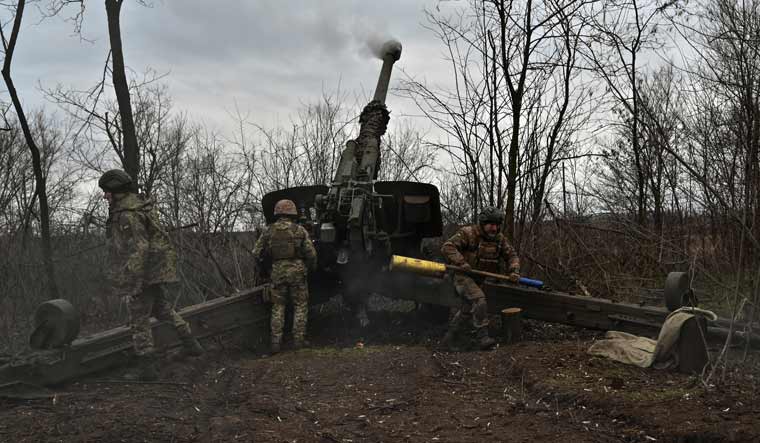 What is the Doomsday Clock?

The "Doomsday Clock" is an iconic timepiece, maintained by a Chicago-based non-profit organisation, shows how close the world is to ending. Midnight marks the theoretical point of annihilation. Apocalyptic threats could arise from political tensions, weapons, technology, climate change and even pandemic illness. The hands of the clock are moved closer to or further away from midnight based on the scientists' reading of existential threats at a particular time. 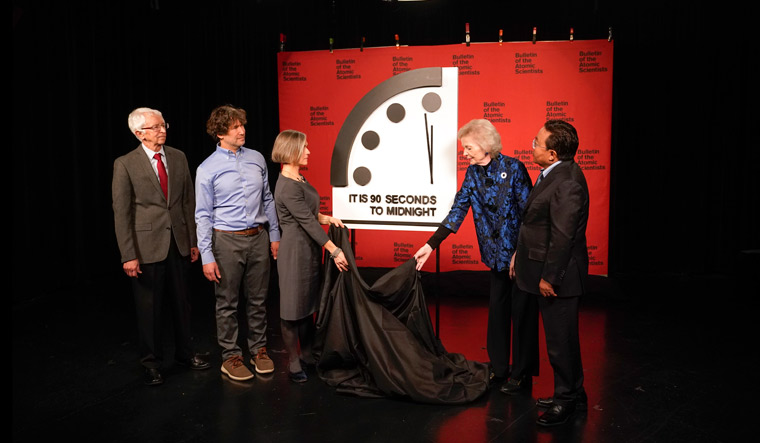 Siegfried Hecker, from left, Daniel Holz, Sharon Squassoni, Mary Robinson and Elbegdorj Tsakhia with the Bulletin of the Atomic Scientists, remove a cloth covering the Doomsday Clock before a virtual news conference at the National Press Club in Washington | AP

Experts consisting of scientists and researchers from nuclear, climate fields and other experts, including 13 Nobel laureates, discuss world events and determine where to place the hands of the clock each year.

The study focuses on three main areas: nuclear risk, climate change, and disruptive technologies, including developments in biotechnology. The team gather the most informed and influential voices tracking man-made threats and bring their innovative thinking to a global audience and they apply intellectual rigor to the conversation and do not shrink from alarming truths.

The clock was instituted in 1947 by a group of atomic scientists, including Albert Einstein, who had worked on the Manhattan Project to develop the world's first nuclear weapons during World War II.