Like corruption, corporate misbehaviour can be hard to detect 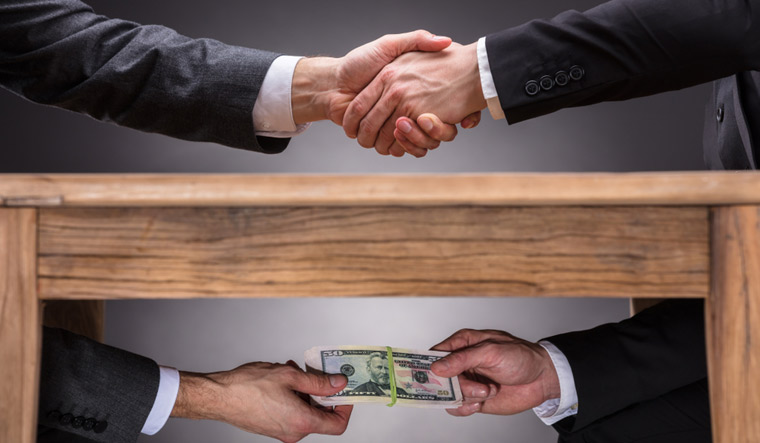 Corruption is costly, difficult to detect and it can take years to bring the perpetrators to justice if they face court at all.

Efforts to combat it have focused on catching the corrupt, but a focus chasing individuals can be futile and see opportunities for prevention overlooked.

In Australia, perceptions of corruption have been worsening since 2012 with one estimate that it costs AUD$10 billion a year in lost government revenue.

Much of the public discussion about Australia's new National Anti-Corruption Commission, which is about to become signed into law, has been about its scope and powers to detect and investigate bad behaviour.

This is important, but corruption is notoriously hard to detect and harder still to investigate and prosecute.

Corrupt acts are hidden, often without direct victims, and often unreported. Investigations tend to be protracted and struggle to produce evidence robust enough for criminal or disciplinary charges.

Those suspected of corruption often have the resources to defend themselves in court cases which can take years to finalise.

While prosecutions are important for accountability, they cannot be relied on to deter more misbehaviour.

There is clear research evidence that deterrence is only likely when consequences are swift and certain, neither of which is common with corruption cases.

A different approach could prevent corruption from happening in the first place. Indeed, the UN Convention Against Corruption requires member states to have a prevention strategy.

All existing state-based Australian anti-corruption agencies have a prevention function, and the National Anti-Corruption Commission Bill includes an objective to prevent corrupt conduct.

But there is no detail on what constitutes prevention.

In introducing the Bill, Attorney-General Mark Dreyfus talked about guidance, support and information, stressing the Commission's education role, but gave no hint of an overall prevention strategy.

This is unsurprising given that even among each state's long-established agency (such as New South Wales's Independent Commission Against Corruption or Queensland's Crime and Corruption Commission) there is no clear understanding of what a corruption prevention strategy looks like.

Internationally, there is remarkably little evidence on effective corruption prevention.

There is also very limited evidence on the effectiveness of education or publicity campaigns on topics like crime and corruption.

Research by Griffith University explored this topic as part of a review of Australia's National Integrity System, a project funded by the Australian Research Council.

Three possible frameworks used in other fields were looked at for prevention.

The first rests on law enforcement with detection and punishment in the hope of deterring wrongdoing.

This approach is expensive and there is no evidence it works in many areas of criminal justice, much less corruption.

The second draws on research about regulatory compliance particularly among corporations.

Like corruption, corporate misbehaviour can be hard to detect.

An alternative approach is to focus on improving compliance using education and persuasion, along with escalation of penalties for repeated non-compliance.

Audits, monitoring and surveillance are used to ensure enforcement where necessary.

There is evidence this approach can succeed in improving compliance in areas like taxation and corporate regulation.

The third is to prevent crime by modifying situations where it frequently occurs to reduce offending opportunities.

This assumes most people will choose not to offend where to do so is difficult or risky, crime can be reduced by increasing the effort needed or the risks of detection, or reducing the potential rewards.

A significant body of research points to the effectiveness of this approach.

Some writers suggest this approach can be applied to corruption.

This involves five main prevention strategies: increase the effort required to commit corruption by improving physical and digital controls or safeguards; increase the risk of detection by regular audits and integrity testing and better whistleblower protection; reduce rewards by imposing contract or authority limits on staff; and promote integrity by having clear and unambiguous rules and support; and better awareness of consequences.

The Griffith study assessed what approaches and strategies were being used by the then-10 major Australian state and territory anti-corruption commissions.

None had a clear prevention framework.

For most of the agencies, prevention efforts focused on education, awareness and public engagement, including training and capacity building.

They also highlighted prevention opportunities in agency investigations and reports, and produced guides on high-risk areas such as procurement processes.

Some focused on analysing intelligence about corruption risks and conducting audits or integrity testing.

A recurrent theme was that resources for prevention work are limited and that generally investigations are prioritised and consume most of the agency budget.

There was also recognition of the need for better measures by which to evaluate prevention success.

The Australian approach to corruption prevention is ad hoc and fragmented, with a lower profile and resourcing than that for investigations.

There is huge scope for the new National Anti-Corruption Commission to provide national leadership in developing and implementing an integrated corruption prevention framework that draws on the extensive evidence of what works well in other prevention domains.