What are humans looking for in the great beyond? An astrobiologist explains

‘Hubris to suggest we know what we are looking for’ 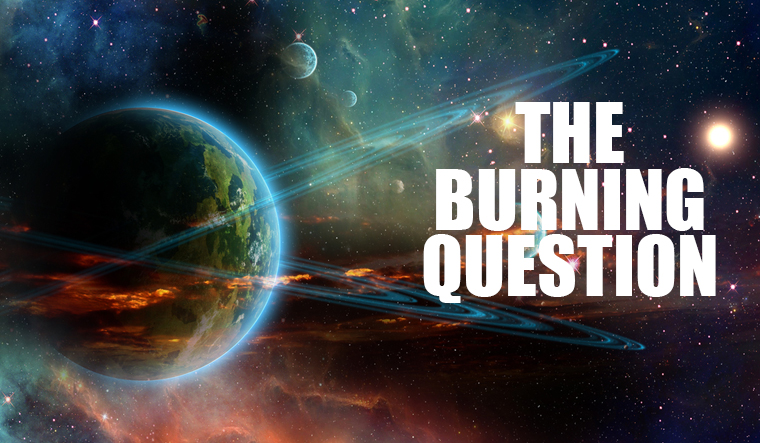 Pushkar Ganesh Vaidya, head scientist of Indian Astrobiology Research Centre (IARC) and founder director of Indian Astrobiology Research Foundation (IARF), is a leading global scientist and philosopher in astrobiology—the study of origin, evolution and distribution of life in the universe. Apart from over two decades of experience in academics and research, Pushkar has authored several books and short courses in the field of space sciences, humanitarian action and climate action.

He is also the chief mission scientist of Bijayan Cosmos, an IARF-led nano-spacecraft mission to near-Earth space to test the hypothesis of panspermia. In an interview with THE WEEK, Vaidya shares his views on the UFOs [now, there are high-profile hearings in the US Congress]. Edited excerpts:

What is the possibility of existence of life/intelligence beyond Earth?

It is believed that microbial life might be more common than intelligent life in the universe. However, I do not buy this view because most of the hard work is involved in making the first living cell from inanimate matter; thereafter, it is easier to make multicellular lifeforms. There is no strong reason to believe microbial life will be common. However, the mechanism of panspermia, if proven, may help dot the universe with microbial life. It is the travel of viable microbes embedded in comets from planets to planets, stars to stars and even galaxies to galaxies.

As for finding extraterrestrial intelligent life, all lifeforms are intelligent and perform the same basic functions. We are bothered about intelligent lifeforms like humans. It gets interesting here because one, we do not know the mechanism of evolution of extraterrestrial lifeforms; two, just because there are over five billion rocky planets in our galaxy, it does not mean some of them must harbor intelligent civilisation. So, we do not know, but if we extend the definition of "nature" to the entire universe, then one can invoke that nothing happens for just once in nature.

Do you think we are simply not equipped to realise the presence of an alien civilisation?

Indeed, to quote my mentor Sir Arthur C. Clarke, "any sufficiently advanced technology is indistinguishable from magic”. It is nothing but hubris to say we know what we are looking for in terms of intelligent alien civilisations.

What is the possibility that an extraterrestrial intelligence is trying to contact Earth and what could be the probable reasons?

If that happens, how do we account for the fact that they may be light years ahead of or behind us?

One can indulge in cosmology-based academic gymnastics. However, there is no way to know how a more advanced civilisation will choose to reach out. As for those less advanced than us, they cannot unless they get a radio going!

Is ‘fear of the unknown’ behind the US's decision to declassify the files? Perhaps, a growing realisation there is some form of a threat to national security?

The UFOs are flying in Earth skies without our permission, which, by default, means they are in charge of using the language of war. They have gained and maintained absolute air superiority for almost 100 years now. The only fear in question is that of the US having to admit that there is something more powerful than them that doesn't give a damn about them.

It is a joke for the Pentagon to suggest that they are studying the UFO phenomenon to "improve its understanding." Over the decades, amateurs and researchers like [Dr J. Allen] Hynek have already done a lot to improve the understanding of the phenomena.

There is the theory that UFO sightings are the use of advanced technology by foreign adversaries. A key argument is that most of the UFO sightings have been reported by the US.

The one thing we know with certainty about the US is that it is a nation paranoid about national security. Hence, this is not their usual national security issue owing to a foreign adversary. Further, UFOs were reported by both Allied and Axis fighter pilots during World War 2.

As for the UFO sightings being reported primarily by US armed forces, it is not exactly true. UFOs have been reported by pilots across the world. However, it is true that the bulk of the reports come from US armed forces, I guess it is because of geopolitical reasons. The only other party that can shed light on it is the UFO pilots!