“At no time did the ship travel above any population centres,” Virgin Galactic said 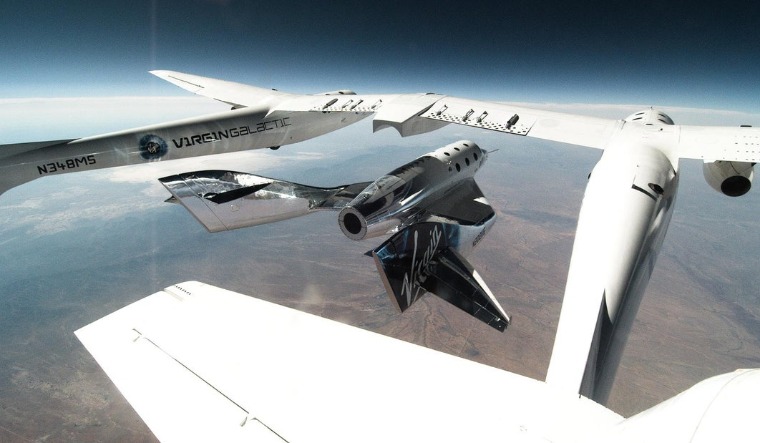 In a blow to Richard Branson’s grand plans, the US Federal Aviation Administration (FAA) has said it was grounding spaceflights by Virgin Galactic while it investigates why the company's July 11 voyage carrying Branson deviated from its planned trajectory.

This comes after a report by The New Yorker said the flight experienced cockpit warnings about its rocket-powered ascent that could have jeopardised the mission. The FAA, which is overseeing the probe, said the rocketship carrying Branson and five Virgin Galactic employees veered off course during its descent back to its runway in the New Mexico desert on July 11. “Virgin Galactic may not return the SpaceShipTwo vehicle to flight until the FAA approves the final mishap investigation report or determines the issues related to the mishap do not affect public safety,” the FAA said in a statement.

The ban comes amid Virgin Galactic’s plans to launch members of the Italian Air Force in a test flight scheduled for later this month.

According to a report by Nicholas Schmidle in The New Yorker, about a minute into the July 11 flight that had taken off from the desert in New Mexico, the on-board systems showed that the flight was veering off course. "According to multiple sources in the company, the safest way to respond to the warning would have been to abort," Schmidle wrote.

Virgin Galactic acknowledged the space plane dropped below the protected airspace for one minute and 41 seconds. However, the company added that “at no time did the ship travel above any population centres or cause a hazard to the public.”

It further said: "Our pilots responded appropriately to these changing flight conditions exactly as they have been trained and in strict accordance with our established procedures."