How Israeli ‘SHADE' can protect Indian Navy from torpedo attack 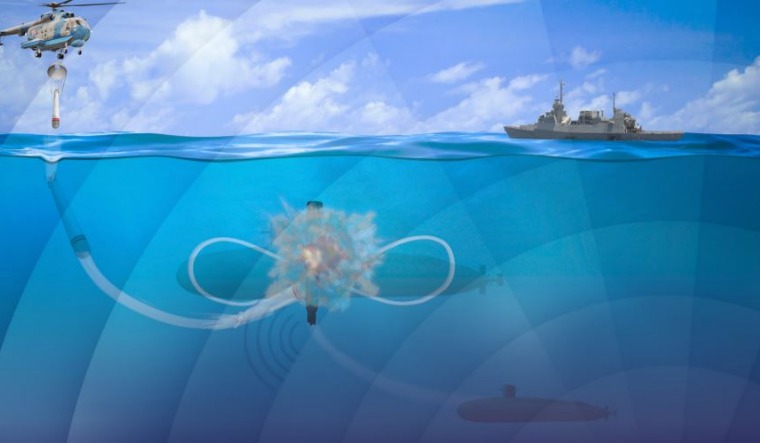 Aero India is India's main aerospace expo, but machines in the air are not the only things making news at the air show this time. On Thursday, it was announced on the side-lines of Aero India, that state-owned Bharat Dynamics Limited (BDL) would team up with Israel's Rafael Advanced Defense Systems for joint induction of the SHADE 'anti-torpedo' defence system for the Indian Navy.

Rafael is a familiar name for the Indian defence forces. The SPICE 2000 bombs used by the Indian Air Force to hit the terrorist camp at Balakot in 2019 were made by Rafael.

Why torpedo defence is necessary

A torpedo hit can be potentially catastrophic for a submarine underwater as the destructive effect of the warhead is compounded by the pressure of the water at depths of 100 metres or more. Submarines can face torpedo attack from other submarines, surface warships or anti-submarine helicopters and aircraft.

And India's submarine threat environment is growing. Pakistan is scheduled to induct from 2023 the first of eight Chinese-designed diesel-electric submarines. A report of the US Congressional Research Service on China's naval modernisation, updated in January this year, predicted that by 2025, Beijing could have 55 diesel-electric submarines and 10 nuclear attack submarines in service. The same report estimates China could have over 150 major surface warships capable of anti-submarine operations by 2025.

The Indian Navy's submarine modernisation programme has been plagued by slow progress of induction of the Scorpene class submarines, forcing the country to rely on Russian-built Kilo class and German-origin Type-209 'HDW' submarines, which were all inducted into service in the 1980s and 1990s.

So, what exactly is SHADE?

Rafael describes SHADE as a "torpedo defence suite" for submarines that will protect these underwater vessels from all types of acoustic-homing torpedoes, which rely on sonar signals.

The SHADE suite offers multiple decoy options such as the Scutter and Torbuster. The Scutter, which is a soft-kill decoy, is a 'mini' torpedo in appearance and has an onboard sonar receiver and library. When launched from a submarine by the SHADE suite against an enemy torpedo, the Scutter uses its library to classify the type of torpedo fired against the submarine.

The Torbuster, like the Scutter, also appears like a mini torpedo. The Torbuster is, however, a hard-kill decoy that targets the incoming torpedo and detonates to destroy it.

The decoys used in the SHADE system are stored in small launchers on board the submarine. Rafael claims SHADE can enable carriage of up to 32 decoys.

Interestingly, reports in 2019 said Pakistan had purchased an anti-torpedo defence system from Turkey called the Zargana for its submarines. The Zargana relies on jammers and decoys and manoeuvring to evade a torpedo attack.