OnePlus Band: At Rs 2,499, what makes this activity tracker stand out?

OnePlus enters the wearables space. But is this band a unique offering? 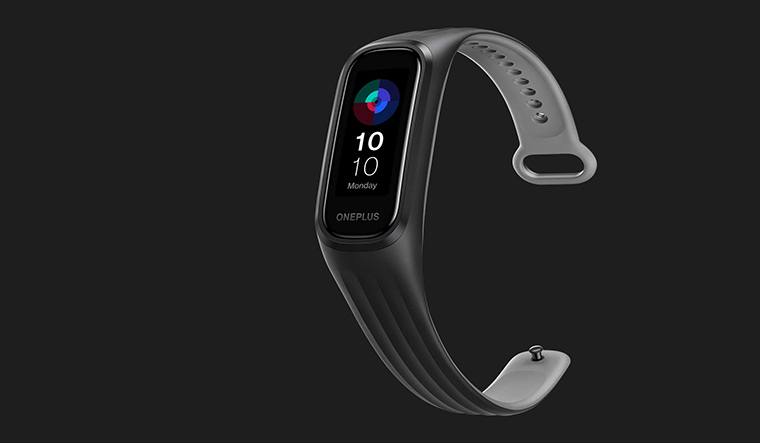 Quarantine and lockdown made would-be joggers out of many, as we all yearned to get back to the outdoors when possible. In this data-driven age, there is a craze to quantify our workouts, to count every step and change in heart-rate, so we know we are getting the most optimal workout.

Enter the activity tracker: A hot space for those who want the feel of a smartwatch but on a budget. With most retailing for under Rs 3,000, they all mostly offer the same features: A heart-rate tracker, fitness and sleep monitors, and water resistance. Brands like Xiaomi, Oppo, FitBit, Honor, Fasttrack and Noise have all jumped into this space. Now, the latest new entrant is OnePlus.

The OnePlus Band has launched at Rs 2,499, packing a 1.1” AMOLED display with a resolution of 126x294. It comes with a blood oxygen (sPO2) sensor, a 3-axis accelerometer and gyroscope, an optical heart rate sensor and 13 exercise modes. The band is IP68 water resistant (and rated for 5ATM—meaning it can survive being underwater up to 50 metres for 10 minutes) and is also dust-resistant. OnePlus claims it offers up to 14 days of battery life.

Most of these features are now available on every Smart Band, making it harder for the OnePlus Band to stand out. Plus, it misses out on features like a magnetic charger like on the Mi Smart Band 5—you will need to take out the activity tracker every time you want to charge it.

While it lacks an Always-On display (a rarity in this segment anyway), it has a raise-to-wake feature.

The OnePlus brand brings a pleasing aesthetic, and one would expect a unique interface for the same. However, the OnePlus Band borrows many aspects from the Oppo Band (not launched in India) including the health app interface.

It come in Black, with options to buy a Navy or Tangerine Gray separately for Rs 399. Early access sales allow red cable club members to get the band early from 9am on January 12, while the band itself goes on sale on OnePlus.in, OnePlus Store app, Amazon, Flipkart, OnePlus exclusive offline stores, and partner outlets from January 13 from January 13.