How humans can move in sync with the beat 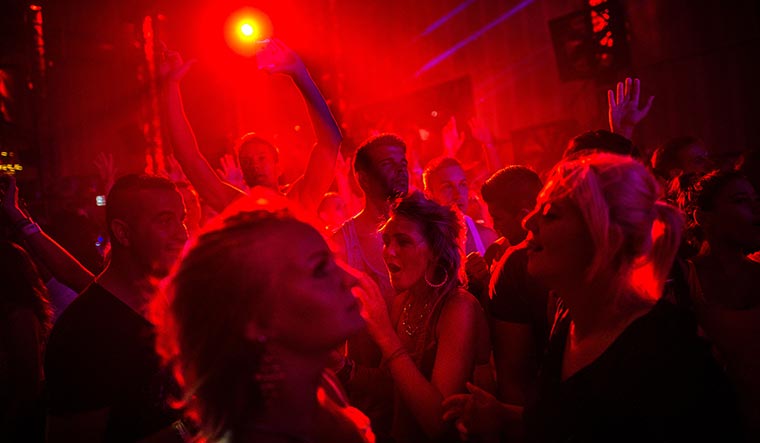 A new study has looked into how people coordinate their actions with the sounds they hear. Keeping the beat—it takes more than just moving or listening well. This basic ability, which allows people to cross the street safely while hearing oncoming traffic, dance to new music or perform team events such as rowing, has puzzled cognitive neuroscientists for years.

The research by McGill University researchers sheds light on how auditory perception and motor processes work together.

In a recent paper in the Journal of Cognitive Neuroscience, the researchers, led by Caroline Palmer, a professor in McGill's Department of Psychology, were able to identify neural markers of musicians' beat perceptions. Surprisingly, these markers did not correspond to the musician's ability to either hear or produce a beat—only to their ability to synchronize with it.

"The authors, as performing musicians, are familiar with musical situations in which one performer is not correctly aligned in time with fellow performers—so we were interested in exploring how musician's brains respond to rhythms. It could be that some people are better musicians because they listen differently or it could be that they move their bodies differently," explains Palmer, the Canada Research Chair in Cognitive Neuroscience of Performance, and the senior author on the paper.

Super-synchronisers—an exception or a learnable skill?

The researchers used electroencephalography (EEGs involve placing electrodes on the scalp to detect electrical activity in the brain) to measure brain activity as participants in the experiment, all of them experienced musicians, synchronized their tapping with a range of musical rhythms they were hearing. By doing so they were able to identify neural markers of musicians' beat perceptions that corresponded to their ability to synchronise well.

"We were surprised that even highly trained musicians sometimes showed reduced ability to synchronise with complex rhythms, and that this was reflected in their EEGs," said co-first authors Brian Mathias and Anna Zamm, both PhD students in the Palmer lab. "Most musicians are good synchronisers; nonetheless, this signal was sensitive enough to distinguish the "good" from the "better" or "super-synchronisers," as we sometimes call them."

It's not clear whether anyone can become a super-synchronizer, but according to Palmer, the lead researcher, it may be possible to improve one’s ability to synchronise.

"The range of musicians we sampled suggests that the answer would be yes. And the fact that only 2-3 percentage of the population are 'beat deaf' is also encouraging. Practice definitely improves your ability and improves the alignment of the brain rhythms with the musical rhythms. But whether everyone is going to be as good as a drummer is not clear."