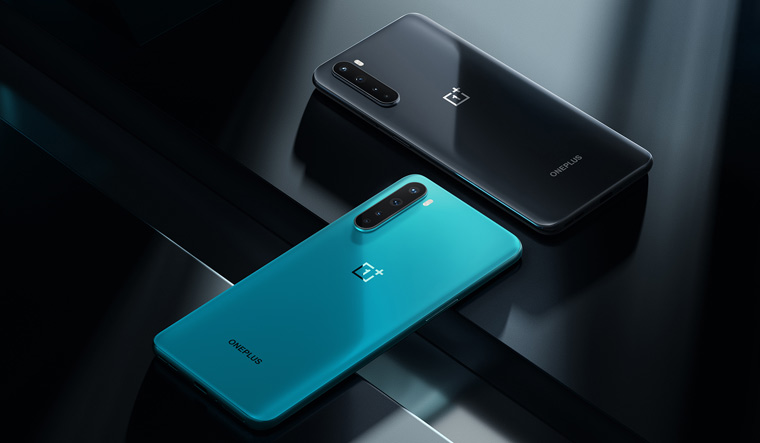 The two colour options the OnePlus Nord will be available in: Blue Marble and Gray Onyx

The OnePlus Nord launch event on Tuesday debuted two things: The price of the device—a competitive Rs 24,999 for the 6GB version in Indian markets—and the augmented reality (AR) format for smartphone launches amid COVID-19.

The latter made the launch event a unique one, as a dedicated app by OnePlus allowed users to view the launch event through AR in their own surroundings: The phone could be visualised in-app, alongside photos taken by it and even a tiny version of OnePlus co-founder Carl Pei standing on it.

With so much hype around the release of the OnePlus Nord, its specifications were already well-known before the official release. A Snapdragon 765G with an Adreno 620 GPU will power the device: A capable 7nm processor that promising to deliver smooth performance and high settings in games. Quad cameras on the back include a 48MP Sony IMX586 main camera on the back with f/1.75 aperture, an 8MP 119° ultra-wide camera and a 2MP macro lens along with a depth-sensor; this is the same camera unit as seen on the OnePlus 8. Up front is a two-camera 32MP unit including an 8MP ultra-wide camera.

A fluid AMOLED 6.4" 90Hz display on the front will make up the Nord's most striking feature. The front cameras are adopted into the design using a double hole-punch layout, keeping the bezels thin everywhere else on the phone. The device will also be 5G-ready.

A few more details are now known about the device: There will be three variants based on RAM size: A 6GB version with 64GB of storage, an 8GB version with 128GB and a 12GB version with 256GB of storage. The 12GB of 'boosted' RAM would be a high figure in this segment. In addition, the Nord comes with 30T Warp Charging that will take the device from 0-100 per cent of charge in just half an hour, and a sales date in 'early September'.

In addition, details about the OnePlus Buds—the company's first truly wireless earphones—were released: Besides promising stellar audio quality, 10 minutes of charge will provide up to 10 hours of music playback. The OnePlus Buds will cost Rs 4,999.

“The OnePlus Nord is an important milestone for OnePlus, as we always look for new ways to share the best technology with more people around the world. We are excited to finally bring a more accessible OnePlus smartphone that confidently stands alongside other products in the OnePlus family,” said Pete Lau, Founder and CEO of OnePlus. “The OnePlus Nord combines a flagship camera along with our signature features such as the 90 Hz Fluid Display, OxygenOS, and Warp Charge 30T to deliver a best-in-class smartphone experience.”