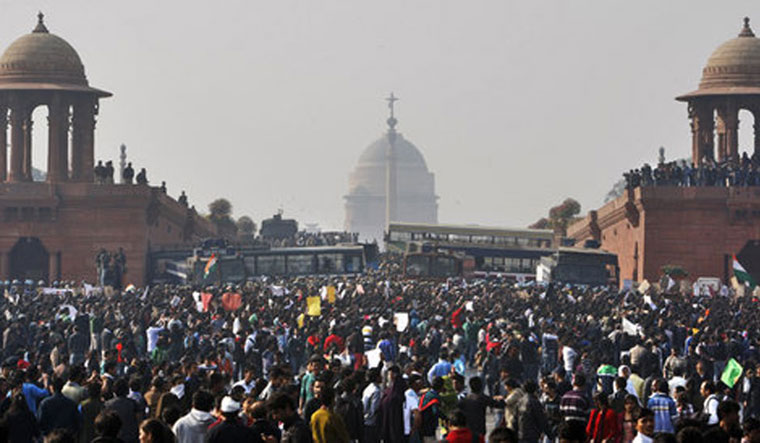 Scientists have predicted that the India's population may peak to about 1.6 billion in 2048, and decline by 32 per cent to around 1.09 billion in 2100, when it is also expected to be the world's most populous country.

The analysis, published in the journal The Lancet, used data from the Global Burden of Disease Study 2017, and applied novel models to project future global, regional, and national population for 183 countries, including India, US, China, and Japan, and their mortality, fertility, and migration rates.

According to the researchers, including those from the University of Washington in the US, there may be dramatic declines in working age-populations in countries such as India and China, which they said may hamper economic growth and lead to shifts in global powers.

They said the world could be multipolar at the end of this century, with India, Nigeria, China, and the US the dominant powers.

"This will truly be a new world, one we should be preparing for today," the scientists noted.

It said India may be one of the few -- if only -- major power in Asia to protect its working-age population over the century.

"It is expected to surpass China's workforce population in the mid-2020s, rising up the GDP rankings from 7th to 3rd," the scientists noted in a statement to the press.

Commenting on the research, Christopher Murray from the University of Washington, who led the research, said continued global population growth through the century is no longer the most likely trajectory for the world's population.

"This study provides governments of all countries an opportunity to start rethinking their policies on migration, workforces and economic development to address the challenges presented by demographic change," Murray said

Citing the study's limitations, the scientists said while they used the best available data, predictions are constrained by the quantity and quality of past data.