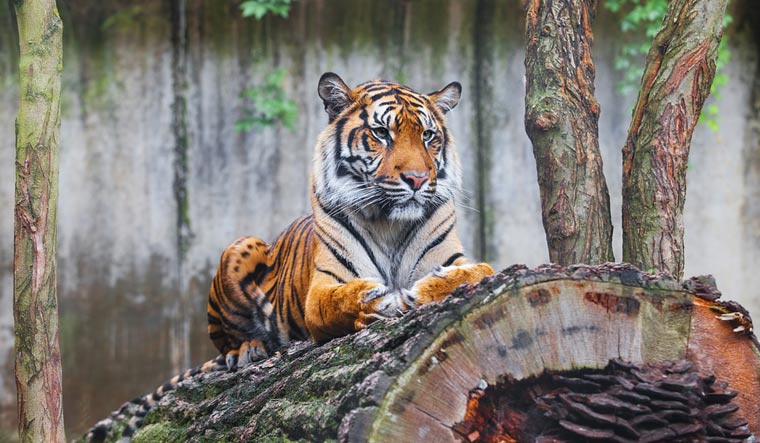 Researchers have recorded the habits of dozens of species, such as the Sumatran tiger | Shutterstock

Using motion-sensitive camera traps, researchers have recorded the habits of dozens of species, such as the Sumatran tiger and other endangered wildlife in southern Sumatra, findings that shed more light on how smaller creatures in the wild avoid being eaten by larger carnivores.

The study, published in the journal Animal Biodiversity and Conservation, reported that the cameras captured a total of 39 animal species, including critically endangered Sumatran tigers, Sumatran elephants, and Sunda pangolins.

"A lot of my research focuses on natural history, where I'm trying to understand behaviours and aspects of ecology that no one has been able to record before," said Max Allen, a wildlife ecologist from the University of Illinois at Urbana-Champaign in the US.

"And camera traps are a good way to document a community of terrestrial animals," Allen said.

On analysing the camera trap footage, the scientists found that the tigers were most active during the day, with the majority of sightings in midday.

They said the species competing with the tigers as top carnivores seemed to avoid going out during the tigers' peak activity times.

Citing an example, they said, the camera sightings of Sumatran clouded leopards dropped off sharply in the hours before noon, and picked up a bit in late evening, when the tigers were rarely seen.

Allen said that the Sumatran tigers and Sunda clouded leopards competed for larger prey, and the tigers were likely to attack the leopards on sight.

Observing smaller cats, Allen and his team said, these felines do not fear or actively avoid the tigers.

"The daytime activity of the marbled cat, for example, actually overlaps highly with that of the tigers," Allen explained.

According to the researchers, it is likely that the marbled cats are small enough to be eating prey like rodents which are of no consequence to tigers.

The camera traps also recorded 28 species not seen in earlier surveys, including the critically endangered Sunda pangolin, and the endangered dhole and otter civet, the study noted.