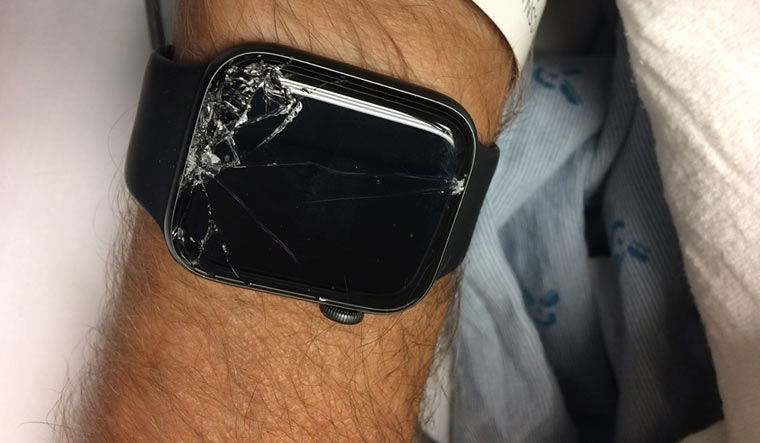 Nobody was around when Bob Burdett fell from his bike while mountain biking at the Riverside State Park in Spokane, Washington. He hit his head on the ground so hard that he was knocked unconscious. Nobody saw him fall, but minutes later, an ambulance came and took him to the Providence Sacred Heart Medical Center.

Who saved Burdett’s life? The answer was wrapped around his wrist: an Apple Watch that activated an emergency feature that launches if its user is detected as immobile for more than 60 seconds after a ‘hard fall.’

The watch dialled 911—in what local emergency responders say may be the first instance of a watch doing so in Spokane. Burdett was given emergency care and his son was also immediately alerted.

The story, which has since gone viral after Burdett posted about it on Facebook and the Seattle Times reported the details, is the latest example of wearable technology saving a life.

The Series 4 and Series 5 Apple Watches come with fall detection functionality. According to Apple, “If Apple Watch Series 4 or later detects a hard fall while you’re wearing your watch, it taps you on the wrist, sounds an alarm, and displays an alert. You can choose to contact emergency services or dismiss the alert...”. In addition, “If your Apple Watch detects that you’re moving, it waits for you to respond to the alert and won’t automatically call emergency services. If your watch detects that you have been immobile for about a minute, it will make the call automatically.”

The Watch also sends an SOS to its user’s emergency contacts including their location.

It is important to note that fall detection is not turned on by default, except for Watch users who are over the age of 65. To turn it on, you will have to open the Apple Watch app on your paired iPhone, go to the My Watch app, tap Emergency SOS and turn Fall Detection on.

In recent times, smartwatch makers have given increasing focus towards the applications of the technology in healthcare. A 2018 IDC report noted how Apple and FitBit were focussing on the healthcare market for their wearable technology. Modern smartwatches can track your heart rate, blood pressure, daily activity, sleep, blood oxygen levels and overall fitness.

At the recently concluded Apple Special Event, Apple mentioned three health studies that had been made using data gathered from Apple Watch users.