Apple gets into streaming, gaming and triple-camera-ing 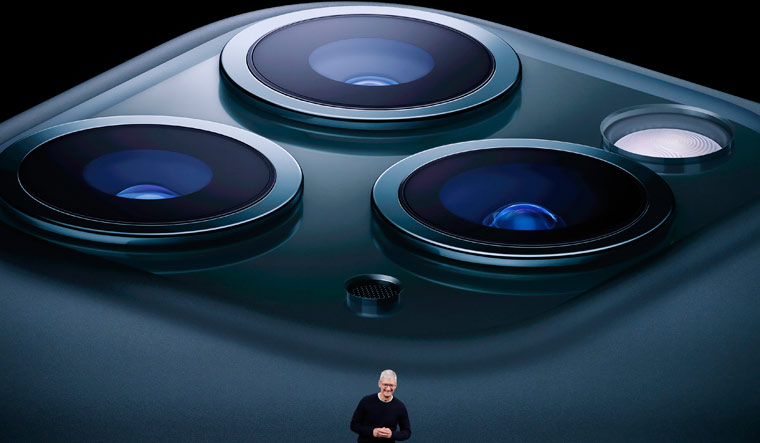 Apple’s much-vaunted ‘Special Event’ at Cupertino is now over.

While much anticipation for this event was for the hardware, it was the software that was Apple’s ‘big’ announcement this year, as the company added few revolutionary changes to its iPhone lineup. A 5G-ready offering of iPhones in the next year may end up being the next generational leap.

Of the above, only the Apple Arcade and Apple TV+ are altogether new offerings, with the iPad, Watch and iPhones this year featuring incremental upgrades with the new triple-cameras on the iPhones being the most significant hardware jump.

This event marks Apple’s gradual shift towards its services business. It’s a shift that makes financial sense for a company that, as of 2019, makes more money from apps like Maps, Siri and iCloud (17 per cent of sales) than from the iPad, iMac and Apple Watch.

What is Apple Arcade?

Apple Arcade is a video game subscription service featuring exclusive titles from Capcom, Konami and Anna Purina and available at Rs 99 a month with a free one-month trial. Launching on September 19, it will only be available through iOS 13, and will have its own section on the Apple Store.

Why is Apple getting into mobile gaming? The size of the market speaks for itself. In 2018, $70.83 billion out of the global $137.9 billion gaming market was for mobile games, according to a report by Newzoo

What is Apple TV+?

Apple TV+ is the Cupertino company’s response to Netflix and Amazon Prime, but with a twist—all the shows on offer will be originals. Apple calls this the “first all-original video subscription service” and it features original programming like For all Mankind (a re-imagination of the space race, set in a world where the space race never ended after the USSR successfully landed on the moon), Dickenson (a coming of age story about Emily Dickenson) and The Morning Show (a comedy-drama starring Reese Witherspoon, Steve Carrel and Jennifer Aniston).

The event was also the world premiere for the trailer of See, a TV series set in a world where nobody has the ability of sight except for a new generation of babies, and made by the film-makers behind Planet of the Apes.

Apple TV+ will launch on November 1 in over 100 countries with a family price of Rs 99 a month with a seven-day free trial. In addition, anyone who buys a Mac, iPad, iPhone or Apple TV will get one year free of Apple TV+.

Three iPhones were unveiled this year, with a dual-camera setup being the new addition to the lineup this year. A wide-angle lens joins an ultra-wide lens and a new automatic ‘Night Mode’ adds to the iPhone snapper’s arsenal this year.

The iPhone 11 Pro brings a triple-camera setup that adds a 52mm ‘telephoto camera’ to the mix as well, featuring 2x optical zoom. In addition, this phone packs the new A13 Bionic chip, with Apple claiming significantly better GPU performance than other iPhone models and even that of the Samsung Galaxy S10+.

The iPhones screens are much prettier this time around, with a 'Super Retina XDR' OLED display.

Apple claims to have added four to five hours more battery life to its iPhone 11 Pro and iPhone Pro Max models. In addition, the phones come with an 18-watt fast charger.

The Apple Watch gets a few incremental upgrades, such as an always-on display, a titanium edition, the return of the ceramic model and a built-in compass. The emphasis at the talk was on the Watch's health monitoring services, with a focus on a new 'Research' app that will help medical institutions perform larger studies which Watch users can be a part of. These studies include those of Women's Health, heart and movement and hearing.

This year, the baseline iPad model with come with Apple Pencil support and a 10.2” Retina display, replacing the former 9.7” iPad. It adds a headphone jack, replaces the USB-C port with a lightning one, and retains the same A10 processor as earlier models.

The significant jump comes with software: For the first time, the iPad will come with its own OS dubbed iPadOS. The announcement to split up iOS was made in June and it is not yet known how many differences iPadOS will have over the regular iOS. Its release date will be on September 30.

The new iPad will have a starting price of $329 (Rs 23,642), making it an attractive competitor against the Chromebook and netbook segment.

While a 16-inch Macbook 16 was widely rumoured, it did not make an appearance at the Apple Special Event. Nor did the (somewhat) anticipated Apple tracker tag 'tiles'.