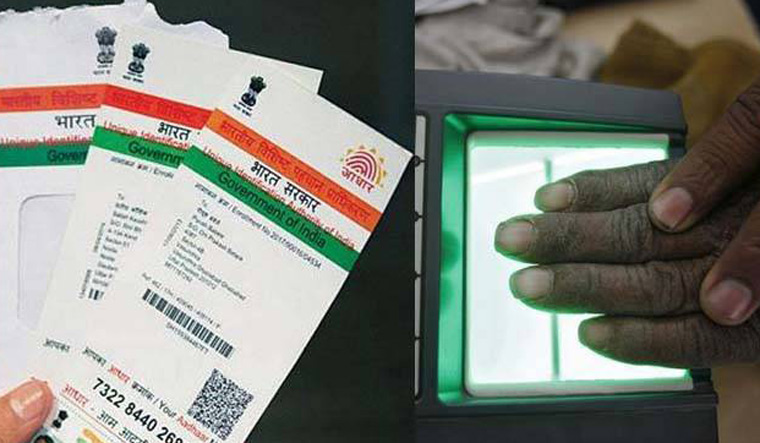 In an event organised by Mozilla and Internet Freedom Foundation at the India International Centre, retired Justice B.N. Srikrishna said he was not happy with a number of things the government was handling. The event commemorated the second year of the Puttaswamy judgment of Supreme Court, which held right to privacy as a fundamental right. "I had given a draft bill [data protection], but do not know what the official government stance is now," he said, reported Bar and Bench. "If you can collate data," he said, "you can profile humans."

The draft data protection bill 2018, drafted by a high-level panel headed by Justice Srikrishna, imposes (European Union's) GDPR-like restrictions on fiduciaries storing user data. The bill moots seeking "explicit consent" for processing 'sensitive personal information' like religious or political beliefs, sexual orientation and biometric details, defines obligations of data processors as also rights of individuals, and proposed penalties for violation. It also restricts and imposes conditions on the cross-border transfer of personal data, which should be stored within the country.

He spoke on the government drive to link Aadhaar with electoral rolls. "I do not think that is a good idea. Like Cambridge Analytica, we will have Delhi Analytica, Mumbai Analytica," he said, reported Bar and Bench.

#Privacy: On drive to link Aadhaar with electoral rolls:

"Dont think that is a good idea. Like Cambridge Analytica, we will have Delhi analytica, Mumbai analytica", Srikrishna J.

A muscular scheme to link Aadhaar and the electoral rolls is indeed underway. On August 18, the Election Commission had asked the government to give it statutory backing to collect Aadhaar numbers of new applicants and existing voters to check multiple entries in electoral rolls. In a letter to the law ministry, the Commission has proposed that provisions of the Representation of the People Act be amended to allow the EC to seek Aadhaar numbers of those applying to be voters and those who are already part of voters list. In August 2015, a Supreme Court order on Aadhaar card has put brakes on the Election Commission's project to link Unique Identification Authority of India (UIDAI) (Aadhaar) numbers with voters' electoral data to check multiple entries in electoral rolls.

Apart from electoral rolls, state governments are also pushing for Aadhaar to be linked to social media accounts like Facebook, so as to ensure proper identification and verification procedures. Multiple petitions related to the same are being heard in Madras, Bombay and Madhya Pradesh High Courts. Facebook Inc had pleaded for transfer of all the cases to the Supreme Court. Attorney General K.K. Venugopal, appearing for the Tamil Nadu government told the bench that the Madras High Court has conducted 18 hearings so far and it should be allowed to conclude the argument and deliver the verdict in the cases.

Senior advocates Mukul Mohatgi and Kapil Sibal, appearing for Facebook and WhatsApp respectively, said whether service providers can be asked to share data with probe agencies to help them in criminal investigation needs to be decided by the apex court as it will have a global effect. They said that both Facebook and WhatsApp are international companies having their operation in over 150 countries and any findings by the Madras High Court would have a bearing on their global operations.