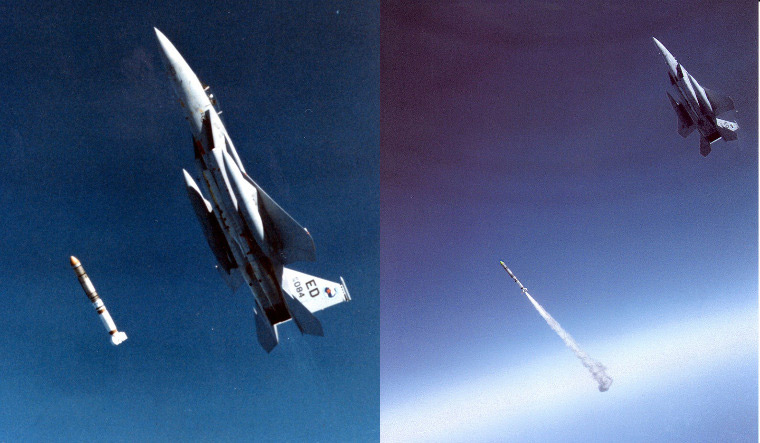 The Indian public came across a rarely heard term on Wednesday afternoon as Prime Minister Narendra Modi announced that the country had successfully tested its first anti-satellite (ASAT) weapon.

Unlike nuclear bombs or equipment like fighter aircraft, ASAT weapons have traditionally stayed on the periphery of conventional public discourse on weapons. As Modi noted, only three nations have tested ASAT missiles before—the US, Russia (Soviet Union previously) and China. The technology behind anti-satellite weapons is complicated, involving highly reliable surface-to-air and converted ballistic missiles and long-range radar and tracking systems.

However, anti-satellite weapons are as old as the space age itself. The use of satellites for communication, reconnaissance and, in recent decades, navigation have effectively meant it was inevitable that major powers develop countermeasures to disrupt the capabilities of rivals.

The first US anti-satellite weapon was tested in October 1959. According to the Federation of American Scientists, an “air-launched ballistic missile” was fired from a B-47 bomber of the US Air Force at an Explorer VI satellite. The ASAT weapon “apparently came within four miles of its target”; the programme was called 'Bold Orion'.

Research on possible anti-satellite weapons started years before, with the US Air Force testing various concepts. But the ASAT project gathered momentum when the US, along with the rest of the world, was shocked when the Soviet Union launched the first satellite, Sputnik, in 1957.

In 1962, Robert McNamara, the secretary of defense under then US president John F. Kennedy, cleared the development of the Nike-Zeus missile for the anti-satellite role. The Nike-Zeus, which could hit space objects up to an altitude of 150miles was tested in the following year. The US government also pursued development of a variant of the Thor missile, which could hit targets up to an altitude of almost 400miles.

While the Soviet Union also began research into anti-satellite weapons in the 1950s, the first test of an ASAT system was conducted in 1963. Unlike the US strategy of relying on missiles, the Soviet Union adopted a 'co-orbital' method, which involved launching a 'killer satellite', which would enter the same orbit as its target and approach it for destruction. At least 20 tests of the co-orbital ASAT system were reportedly conducted by the Soviet Union, recording both successes and failures.

One drawback of the Soviet ASAT weapon was that it was originally intended to hit satellites in low-earth orbit and needed up to two orbits around the earth to “sync” up with its target. An upgraded version was developed in the 1980s that could target manoeuvring satellites; however, the Soviet-origin co-orbital ASAT system was decommissioned by Russia in 1993.

Attempts to control the growth of anti-satellite weapons have had limited effect. The Soviet Union continued research into ASAT systems even as Yuri Andropov, the then leader of the country, announced a unilateral moratorium on tests in 1983. One area of research was development of a 'miniature' anti-satellite missile that could be carried on the then-brand-new MiG-31 fighter.

However, the US stole a march on miniature ASAT weapons, with an F-15 fighter firing an ASM-135 missile to destroy a satellite used for solar observation in 1985. The ASM-135 test has been considered the last ASAT test until China fired its first weapon in 2007.

In late 2018, images began circulating of a MiG-31 fighter carrying what experts claimed was an anti-satellite missile. US media reports, quoting intelligence sources, said the weapon could be operational by 2022. Russia has also conducted at least seven tests of a ground-based ASAT missile, the PL-19 Nudol.

In addition to using dedicated missiles, the major powers have also conducted research on high-power lasers and other 'directed-energy' weapons for potential use against satellites. In 2008, the US Navy used an SM-3 missile, meant to intercept ballistic missiles, to destroy an old reconnaissance satellite. Interestingly, India's ASAT test also reportedly involved a missile used in its anti-ballistic missile defence programme, the Prithvi Defence Vehicle.

In January 2007, China tested its first anti-satellite weapon, using a converted ballistic missile to hit a weather satellite at a height of 530miles. The Chinese ASAT test triggered waves of protest from western countries. In 2013, China tested another anti-satellite missile, which was fired under the guise of being a routine space rocket launch.

A 2018 report of the US intelligence community claimed the ASAT weapons of both China and Russia will probably reach initial operating capability (IOC) in the “next few years”. The Worldwide Threat Assessment of the US Intelligence Community in 2018 claimed China had formed military units that have begun “operational training with counterspace capabilities”. The US report also noted both Russia and China were conducting research into directed-energy weapons for use as ASAT weapons.

To understand the relevance of satellites, particularly for military purposes, one only needs to look at the statistic that four nations/blocs have global positioning systems. The US has the eponymous GPS, Russia has the GLONASS constellation, the EU has Galileo and China has deployed the BeiDou system. India is launching its own regional navigation system, Indian Regional Navigation Satellite System, with nine satellites being launched since 2011. Japan also has a regional satellite navigation system.

The US National Air & Space Intelligence Center, in a December 2018 report titled Competing in Space, claimed “the number of foreign reconnaissance and remote sensing satellites has tripled from 100 to 300.”