Silver nanowires could be used to weave comfortable smart fabrics 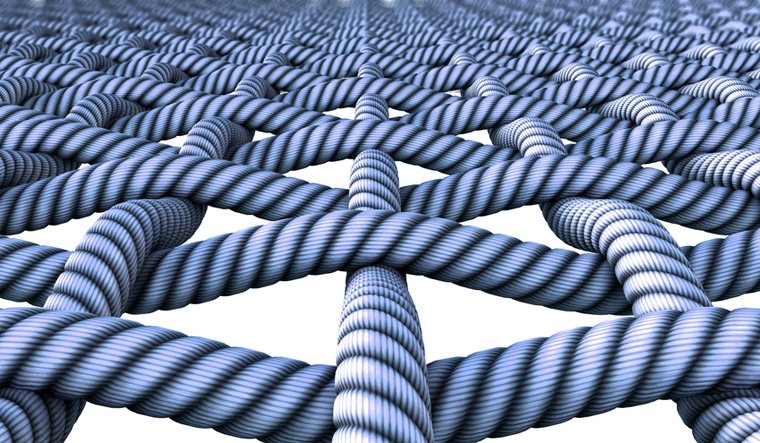 Scientists have developed thin, flexible wires with silver that could be used to weave comfortable smart fabrics and other wearable electronics.

Researchers from Nanjing University of Posts and Telecommunications in China have developed a simple, scalable and low-cost method to prepare conductive fibres with uniform morphology, high conductivity and good mechanical strength.

Taking advantage of the capillary action of fibres, such as cotton, nylon and polyester yarns, the solution containing silver nanowires is spontaneously absorbed into the capillary tunnels.

Then silver nanowires are evenly coated onto the fibres through evaporation-induced flow and capillary-driven self-assembly process to form conductive fibres, which is in situ observed by the optical microscopic measurement.

The fabricated flexible and stretchable conductor exhibits uniform morphology, high conductivity and good mechanical strength, which is promising for the application in wearable electronics and smart fabrics.

Conductive fibres and yarns, with the function of connecting various electronic devices, play a key role in smart textiles system.

Great efforts have been made to engineer conductive nanomaterials into conductive fibres by various technologies such as vapour deposition, electrospinning and spray coating methods.

Despite these promising progresses, the cost-effective fabrication of conductive fibres with high flexibility and good electrical conductivity is still a challenge, researchers said.