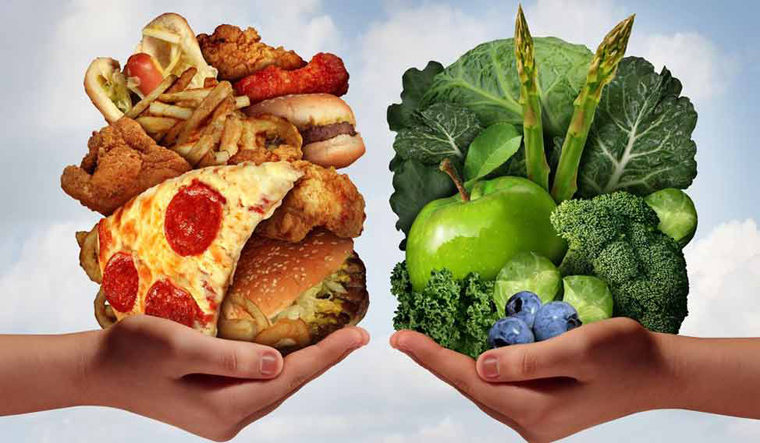 The study is the most detailed food consumption-related water footprint ever made, taking into account socio-economic factors of food consumption, for existing and recommended diets

Shifting to a healthy diet may not only boost your wellbeing, but also save a lot of precious fresh water, according to a study.

The study, published in the journal Nature Sustainability, found that compared to existing diets, the water required to produce our food could be reduced by between 11 per cent and 35 per cent for healthy diets containing meat.

They compared these three diet patterns, defined by respective national dietary guidelines, to the current actual food consumption, using available data from more than 43 thousand areas in France, the UK and Germany.

The team found that eating more healthily could substantially reduce the water footprint of people's diets, consistent across all the geographical entities analysed in the study.

The study is the most detailed food consumption-related water footprint ever made, taking into account socio-economic factors of food consumption, for existing and recommended diets, researchers said.

They found interesting correlations between such factors and both the water footprint of specific foods and their resulting impact on overall water footprints.

The study shows how in France, the water footprint of milk consumption decreases with age across the municipalities analysed.

Across London, they show a strong correlation between the water footprint of wine consumption and the percentage of the population of each area with a high education level.

The water footprint is defined as the total volume of freshwater that is used to produce goods consumed, food in this particular case.

The diet scenarios analysed in the study take into account total daily energy and protein requirements as well as maximum daily fat amounts.