MP: Grand memorial to be established in Sehore where 356 rebels were martyred in 1858 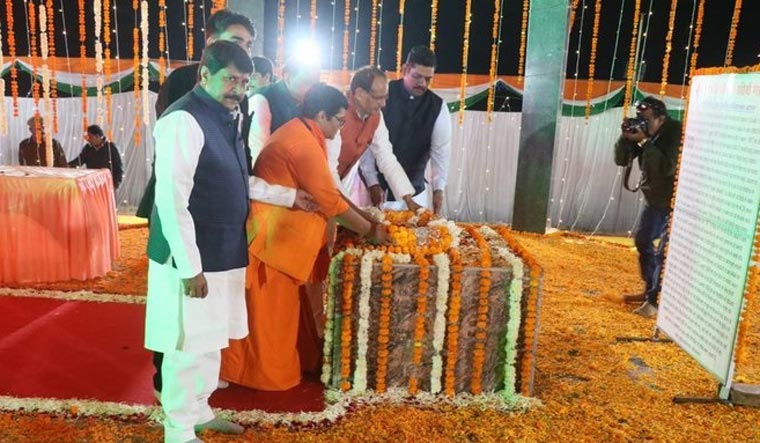 The neglected spot in Sehore of Madhya Pradesh, where 356 rebel soldiers of erstwhile Bhopal Contingent were martyred in January 1858 for participating in the 1857 uprising against the British, has finally found government favour.

Chief Minister Shivraj Singh Chouhan announced on Tuesday that a grand memorial will come up at the spot in Saikdakhedi, about 40km from Bhopal, as a tribute to the martyred rebels who had set up a parallel ‘Siphahi Bahadur Sarkar’ and rejected the ‘Company Bahadur Sarkar’ of British.

THE WEEK had written in August 2021 about the spot of historical importance being neglected over years despite falling in the home district of CM Chouhan.

On Tuesday, Chouhan visited the spot during the ‘Sehore Gaurav Diwas’ celebrations – a part of the initiative by the government to celebrate a day of honour for every district in the state. The CM paid tributes to martyrs at a basic memorial structure set up there about six years ago and promised a grand memorial.

Chouhan referred to the fact that the rebels had set up a parallel government by defying the British and had lost lives in the process. He said photographs of the martyrs, as many as possible, will be collected and put up at the memorial and a tribute programme will be held every year. He also said the martyrdom of Sehore soldiers was akin to the Jallianwala Bagh massacre of 1919.

Anand Gandhi, general secretary of the Smarak Nirman Samiti, Sipahi Bahadur Sarkar, a citizens’ organisation that has been struggling for recognition to the spot for more than two decades, expressed happiness over the announcement by the CM, while talking to THE WEEK. He said it is important that the government has decided to pay tributes to martyrs every year from now. Till now, the organisation used to hold a small programme every year on January 14 – the day of martyrdom of the rebels.

The rebellion had been led by Koth Havildar Mahavir and Risaldar Wali Shah of the Bhopal contingent. In August 1857, even as the historic uprising was taking place in the country, Mahavir and Shah, who had been earlier dismissed from the Bhopal contingent (a joint force raised by Bhopal Nawabs and British) for rebellion, had announced the establishment of ‘Sipahi Bahadur Sarkar’ in Sehore, where the contingent was based.

The rebels led by Mahavir and Shah brought down the British Union Jack (flag) from government buildings and hoisted two flags—Mahaviri Nishan and Nishan-e-Mohammadi— as a mark of unity between Hindu and Muslim soldiers. The rebels were arrested later, though Shah and Mahavir managed to flee. They were later killed.

On January 14, 1858, General Hugh Rose, commander of the British Central India Field Force, and his men entered Sehore and killed the rebel soldiers who had been arrested earlier in October. Of the 356 soldiers who died on the day, 149 were reportedly lined up at a single spot in Saikdakhedi and gunned down. Other soldiers were killed in small groups in surrounding areas. A small neglected memorial stands at the spot of martyrdom of 149 soldiers at Saikdakhedi.

General Rose later defeated the Rani of Jhansi and the forces of Scindias in May and June, 1958 respectively, crushing the uprising.