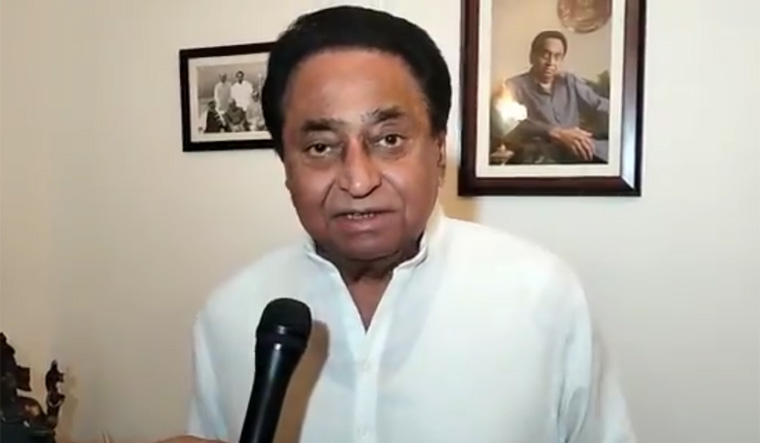 Rumours are rife in Madhya Pradesh on the possibility of about a dozen Congress MLAs jumping ship to the ruling BJP during the upcoming leg of Rahul Gandhi-led Bharat Jodo Yatra, which will enter Madhya Pradesh on November 20.

There are speculations that the Madhya Pradesh BJP, having noticed the huge response to the Bharat Jodo Yatra in southern states and Maharashtra, is planning a big upset for the opposition party in the state, which is already beleaguered after 26 MLAs switched sides to BJP in the past two-and-a-half years.

Rumors are that the BJP has its eyes on the 16 Congress MLAs who had cross-voted in favour of NDA presidential candidate Droupadi Murmu in July this year. This is despite
ex-chief minister and Congress chief Kamal Nath's statement on Monday that several BJP MLAs who aren't likely to get tickets next time are in contact with the Congress, but the Congress will prioritise its own cadre.

BJP leaders including the state BJP chief V.D. Sharma and minister Bhupendra Singh have denied that BJP is trying anything like an 'Operation Lotus' in the state, but have kept speculations alive by adding that those who want to join the party on their own accord, to work for the nation or are impressed by Prime Minister Narendra Modi’s work were welcome.

“There are many people in the country who are impressed by what PM Modi is doing for the nation and they too want to contribute to nation-building. Such people might be in Congress too. Such people know they can’t do what they want to in Congress as it is a family-focused party. So if such people want to connect to the BJP to work for the nation, what is wrong in it?" Sharma said in a press conference. He, however, added that from its side, the BJP does not do anything (like Operation Lotus). “We do positive politics and focus on our work,” he said.

Bhupendra Singh said that BJP has never indulged in anything like 'Operation Lotus' and there is no need for the party to do so. “People are leaving Congress on their own accord. The situation is the same in Madhya Pradesh. Many people have left Congress in the past and many are in our contact. This is why the Congress is apprehensive and is trying to keep their MLAs hostage (by directing them to remain together during the Bharat Jodo Yatra). We don’t run any operations and will not do so, but if someone wants to join voluntarily, we will consider them,” the senior minister said. He added that tickets will be given only to people with clean images and that there were already many eligible people in BJP.

In March 2020, a group of 22 MLAs of Congress left the party, while it was under the leadership of Jyotiraditya Scindia to join the BJP. This led to the collapse of the 15-month-old Congress government in the state and paved the way for the return of a Shivraj Singh Chouhan-led BJP government. In the later months, three more MLAs switched parties and two of them got re-elected. Another MLA, Sachin Birla, openly joined the BJP but continues officially as a Congress MLA in State Assembly records. Congress failed to take any serious action on the matter.

Then, in July this year, at least 16 Congress MLAs cross-voted for President Droupadi Murmu, but yet the Congress did not take any action. Sources say that the BJP is focusing on these MLAs and also some MLAs from Malwa-Nimad region who have openly shown their anger against the Congress.

Congress media cell K.K. Mishra told THE WEEK that there was no point in commenting on something that is a mere rumour.