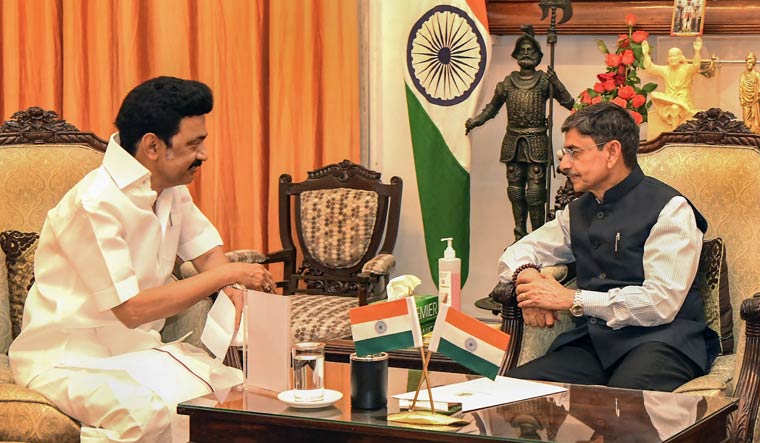 The Supreme Court judgment in the Rajiv Gandhi assassination case demonstrated that Governors should not put the decisions of elected governments on the back burner, Tamil Nadu Chief Minister M.K. Stalin said on Friday.

Welcoming the release of the six convicts in the Rajiv case, the Chief Minister said, "This judgment as well of the Supreme Court forms the basis that Governors should not put the decisions and resolutions of elected governments in the back burner."

Stalin said the ruling is historic as it reinforced the cornerstone of democratic principles.

The Chief Minister, also the president of ruling DMK, said that his party had championed the cause of their release while in Opposition too. After assuming power last year, his government urged the Centre to release them, writing to then President Ram Nath Kovind and Prime Minister Narendra Modi and backed the legal struggle for setting them free.

He said the Governor (Banwarilal Purohit and later R.N. Ravi) had put the Tamil Nadu government's Cabinet decision (during the AIADMK regime in 2018) to release the convicts in cold storage. “Continuously, his party-led government exerted pressure on the Raj Bhavan to accord sanction for the release of the convicts,” he said.